Skip to content
Home » GOSSIP » Katie Price Might Be Bankrupt At The End Of This Year, Find Out Why?

Katie Price Might Be Bankrupt At The End Of This Year, Find Out Why? 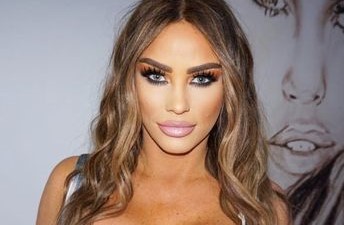 Celebrities tend to live in a lavish way one can possibly imagine. Most of them never have to worry about money whereas, unfortunately, some of them lose track of their spending and go bankrupt and if we believe the sources, Katie Price would be one of them in the near future.

What is her current net worth? What is the reason behind her alleged bankruptcy? We have all the details here.

Katie Price is popular for her glamour modeling work and appearances in British tabloids The Sun and The Daily Star. According to Celebrity Net Worth, Price is currently worth $3 million as of 2022. All thanks to her extravagant expenses, her net worth dropped from $40 million to merely $1 million within one year.

In 2004, Katie signed a small contract worth $16,000 with independent publisher John Blake. Likewise in 2005, she earned around $2,500,000 after selling her wedding photos in a tabloid magazine.

Despite her jaw-dropping earnings and contracts, Katie faced bankruptcy in 2018.

On 7th August, Katie submitted an application to pay off her creditors with a payment plan and avoided her financial collapse at her bankruptcy hearing.

The media personality submitted a payment plan also known as an Individual Voluntary Agreement to pay £12,000 ($15,462) per month for four years to her creditors but hasn’t been doing so.

On 4th November 2019, Judge Sally Barber ordered Katie to be served with a draft petition notice within seven days. She is ordered to return to the Insolvency and Companies Court on 27th November to learn whether she will go bankrupt or not.

What Made Katie Go Bankrupt?

She also owns some jaw-dropping exclusive handbags from expensive brands like Gucci, Louis Vuitton, and Christian Louboutin which can cost around $4,200. She is also seen with exclusive jewelry on her official Instagram account.

Model Katie is an animal lover and owns two Pooch worth $1000. As per reports, she is planning to sell her dogs for $2k each after “they started pooping” everywhere inside the house.

Her expenses also include surgeries she underwent while she was at the peak of her career. She had a facelift which costs around $6,000 to $15,000, a bum lift costing around $4,802, and liposuction can range from around $3,518.

Apart from herself, Katie clades her children in designer clothes as well. Her kids are often seen wearing Gucci shoes and carrying Louis Vuitton bags.

As per the court hearing, if Katie fails to pay her debt by 27th November, she will be declared as a bankrupt celebrity.

Moreover, she will also lose her West Sussex mansion worth $3.3 million, her Bugatti Veyron 16.4 worth $1.5 million, and many of her assets including her hot pink range rover worth $166,000.