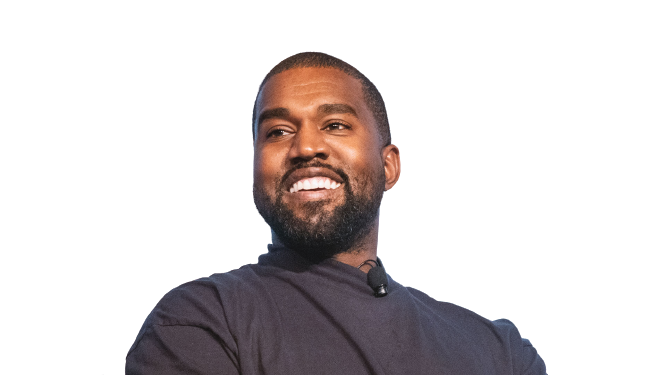 Kanye West, the self-proclaimed ‘greatest artist that God has ever created’ claims, is a billionaire as of April 2020. The news broke after he claimed he is worth $3.3 Billion while Forbes, claims the rapper is worth around $1.3 Billion.

West has been a controversial figure ever since his rise to stardom, but a rant about his net worth and accusing a magazine of lowballing his riches in the middle of a global pandemic is weird even for him.

What Is Kanye West’s Actual Net Worth?

Kanye West claims he is worth a staggering $3.3 billion in 2020, which is more than the reported net worth of POTUS Donald Trump, Kanye’s political idol. On the other hand, Forbes has estimated his net worth at $1.3 Billion ($1.26 Billion).

The rapper started a ‘feud’ with Forbes after he was featured on their cover page in August 2019 because of his sneaker empire; he was not put on their list of billionaires at the time.

Similarly, when the publication released another list in 2020, and it did not feature him, he texted Forbes telling them they were part of a media conspiracy trying to suppress the fact that Kanye West was a billionaire.

He said that the business mag was trying to hide his self-made narrative because West is an African-American.

In conclusion, he is a billionaire with a net worth of around $1.26 Billion and not the $3.3 billion he claims. A significant contributor to his more than billion-dollar net worth is his line of sneakers, the Adidas Yeezy.

Houses And Land Contribute To Around 10% Of Their Net Worth

Kimye has owned a lot of properties over the years; reports suggest they own approximately $100 million worth of houses and land.

Their house itself is a huge mansion revered by many as a ‘supermansion’. They have also flipped some houses, in fact, they made a major profit selling a Bel-Air home at $17.8 Million; they had originally bought the estate for $9 million.

Another Californian property the pair own is The Madison Club Land in La Quinta, which they took off the market for $6.3 million. The plot is spread over 2 acres and is covered with lush greenery for now.

The Yeezy HQ, which is located in Calabasas, California, is also a huge property they own. The studio is spread over 14,390 sq. ft. They also own $6.3M Worth Of Land In the Palm Springs Area.

Kanye has been active as a designer for quite a while, he first designed a show in 2006 for Adidas, but it was never commercially released. Then he started designing Yeezys for Nike; he did two seasons with Nike before he left his partnership with the company.

The company was not willing to pay him royalties according to the West, then the star went to Adidas and signed a deal of designing the shoes in which he would get royalties.

Then the first Adidas Yeezy was released in February 2015 after much anticipation. Rihanna, Diddy, and wife Kim Kardashian modeled for the product.

Yeezy is also a clothing brand in addition to being a sneaker icon, the range of clothes for the first season of their release ranged from $600 to $3,000.

According to Forbes, the Yeezy brand generated around $1.3 Billion in revenue in 2019. From that amount, West, as per his deal, would receive 15% off Yeezy revenue that came to $195 Million, but some expenses were also deducted from his cut, so he earned around $140 Million, which is around 11%.

After the release of Yeezy, the stock for Adidas also rose exponentially, making it a very profitable line of sneakers. West owns 100% of the Yeezy brand, but the company’s functional assets, such as distribution, are tied to Adidas.

Jay-Z became the first hip-hop artist to reach $1 billion net worth in June 2019. His wife Beyoncé was worth $400 Million at the time, bringing their combined net worth to $1.4 billion.

At the time, BusnessInsider estimated that West And his wife Kim Kardashian had a combined fortune of $510 Million. Breaking that down, Kanye was worth $160 Million and Kardashian-West $350 Million.

But in 2020, due to the release of new financial documents by Kanye and his rant against Forbes, Kimye has beaten Jayoncé to the crown as the richest super-couple.

West Continues His Feud With Forbes

The rapper was not satisfied with his valuation at $1.3 billion by the publication and wrote to them saying

West self-appraised his net worth at $3.3 Billion, but the magazine has decided that he is worth just over a Billion dollars. The magazine also decided to reveal the names of those people who were just as obsessed with their valuation as West.

They detailed the continuous interest of Donald Trump and Prince Alwaleed bin Talal who were also fixated on what the magazine had to say about their total assets.

After Ye protested publicly about his valuation saying, “I showed them an $890 million receipt, and they still didn’t say ‘billionaire,”.

Later he also texted the magazine “You know what you’re doing, you’re toying with me and I’m not finna lye [sic] down and take it anymore in Jesus name.”

He also said that he was upset that his sister-in-law was also not included in the list. Kylie Jenner made history by becoming the publication’s youngest self-made billionaire in March 2019. At the time, she was only 22 years old.

Her valuation as a billionaire is thanks to her cosmetics company, Kylie Cosmetics, which was valued at more than $1.2 billion. The revenue of the company was $300 million at the end of 2016.

Interesting: Kanye West said he would change his name to Christian Genius Billionaire Kanye West for a year.

Kanye West partnered with the fast-food chain Chick-fil-A to provide Over 300,000 meals to the Los Angeles Dream Center. The foundation is providing around 11,000 meals on a daily basis because of the support it has received from West and Chick-fil-A.

In addition to this, Ye also donated to We Women Empowered and organization based in his old hometown neighborhood of Chicago.

In a similar fashion, Kim Kardashian has pledged 20 percent of profits from her SKIMS brand sales to the non-profit organization Baby2Baby. The foundation helps babies that are living in poverty, providing them the essentials.

Fans also slammed Kardashian for promoting her SKIMS line during the pandemic when they were at home without jobs.

“With this restock, SKIMS will be able to help bring relief to those affected by COVID-19 by committing to donate $1M to families in need.”

Heavily drawing criticism from her more than 167 million followers.

Jack Dorsey had already pledged $1 billion to the relief effort,