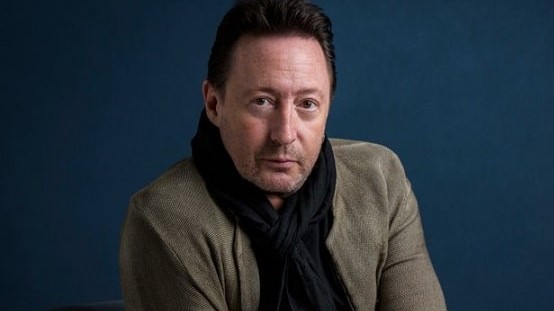 Lennon, the son of late legendary singer John Lennon (1940- 1980) of The Beatles & his first wife Cynthia Lillian Lennon (1939- 2015), back in the 80s made highlights with the battle with step-mother Yoko Ono over John’s estate holdings after the Beatles singer died.

Aside from music venture, Julian’s million dollars empire got a stand through his business venture with MyStore.com and partnerships at TheRevolution, LLC.

According to Celebrity Net Worth, 56-year-old Julian has a net worth of $40 million as of February 2020. The 1985 Grammy Award nominee is active in the music industry for over 35 years that proved to be the primary source of income.

Furthermore, Lennon’s business venture along with the out-court settlement of around £20 million for John Lennon’s estate acquisition in 1996 (though Julian claims the amount less than fair), got him additional fortune build-up.

Following the release of Valotte (1984)- his debut album; the English singer went to release 5 additional albums & has released famous songs Too Late for Goodbyes, Valotte, Because Now You’re in Heaven and Saltwater.

For a fact, The Beatles‘ hit song “Hey Jude” (originally “Hey Jules”, changed for ease to sing) was written by Paul McCartney to console the then-5 years old Julian after his father John & mother Cynthia divorced in 1968.

At the age of 11,then-6 years of his parents divorced, Julian played drums for John Lennon’s album Walls and Bridges (1974), which would fire up his interest in the music industry even more.

So far, the English singer has released 5 studio albums & 32 singles.

In 1984, Julian Lennon, then-20 years old, released his debut album Valotte, produced by Phil Ramone that consisted of hit singles Too Late for Goodbyes and Valotte.

Along with Platinum certification by RIAA, the album peaked No. 20 in Official Albums Chart in the USA, eventually, earning a nomination for the Grammy Award for Best New Artist in 1985.

Despite the fact that Julian’s 2nd studio album The Secret Value of Daydreaming was bombarded with critics, it managed to stick at No. 32 in Billboard 200 & received RIAA: Gold certification.

Thereafter, Lennon released studio albums: Mr. Jordan (1989) and Help Yourself (1991)– was Gold Certified from ARIA, before he took hiatus from music to pursue an interest in cooking, sailing, and sculpting.

The single “Saltwater” from Help Yourself peaked #6 in UK Singles Chart & was ARIA: Platinum certified.

In 1998, Julian released his 5th album Photograph Smile and in 13 years, released his 6th (most recent) album Everything Changes (2011).

Reportedly, Julian Lennon was entrusted with a trust of £250,000 by his father John Lennon, when he would turn 25. However, following John & Cynthia’s divorce in 1968, the scenario changed.

After John Lennon married Yoko Ono, he snubbed Julian out of his estate & a £100,000 trust was made in 50-50 benefit for Julian & his half-brother Sean.

The Beatles lead vocalist allegedly refused to pay more than £75,000 to Cynthia & Julian, as per Cynthia.

And later after John was shot & died in 1980, his estate valued at $800 million was in hands of his second-wife Yoko Ono & her children solely.

It included $12 million per year in earnings & sales of the Beatles catalog to Michael Jackson for $47.5 million in 1985.

With Julian’s years-long battle with Yoko Ono for a share of fortune from his father John Lennon’s state  (stated Ono improperly influenced John), they came up with a settlement in 1996 that was reportedly worth £20 million.

Business Venture & Author Of Book Based On Beatles Memorabilia

Thereafter, in 2009, with his aforementioned partners, he created a company named TheRevolution, LLC.

Moreover, Julian, who had started to collect belongings of his father (after his death) & the Beatles, released New York Times best-seller book Beatles Memorabilia: The Julian Lennon Collection in 2010- a description of those collections.

Owns A House In France: What Kind Of Lifestyle He Lives?

Despite being in such limelight with career fame & as the son of John Lennon, the  5ft. 8 inches tall English singer is quite low-key about his lifestyle disclosure. Without a doubt, the millionaire singer enjoys a lavish life.

As per Virtual Globetrotting, Julian owns a house in Eze, France, though, the detail on the property’s worth & purchase details is under wraps. The average house price in France is €145,0000 ($157,260).

Surfing through his Instagram (has over 198K followers), Julian seems to be traveling a lot for his photography & often shares snaps of mesmerizing views.

As per Influencer Marketing Hub, Lennon’s Instagram with an engagement rate of 0.68% can earn him $593- $988 per sponsored post if he signs an endorsement deal.

Never Married Or Has Children: Is He Dating?

Julian Lennon is yet to get married & neither has any children. Ever since he broke up with his girlfriend Petra Nemcova (2007), Lennon is not public about his relationship status.

Without any report on his girlfriend & dating story meanwhile, sources cite that Julian is allegedly single.

Formerly, from 1980 to 1982, he was engaged to Sally Hodson & later had a brief engagement with actress Olivia d’Abo in the early 90s.

Did you know? Julian stated that his troubled relationship with father John Lennon discouraged him to marry or have children; he reportedly told that he wanted to ‘be mature enough to cope with fatherhood.’

When & Where Was Julian Lennon Born?

Julian Lennon, famous the first son of John Lennon & Cynthia Lennon, was born on April 8, 1963, in Liverpool, England, the UK. His birth name is John Charles Julian Lennon & his nickname is Jules.