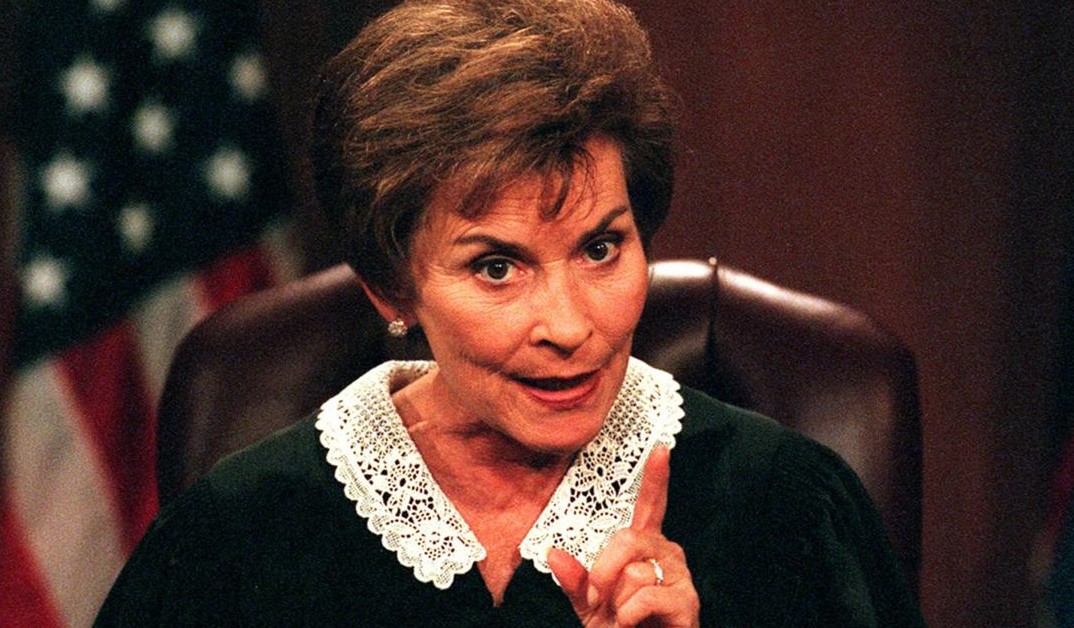 A giant in the TV world, Judge Judy, aka Judy Sheindlin, is best known for her show, Judge Judy. Additionally, she is also an attorney and author who started her career as a lawyer in family court but slowly made the transition to show business.

Her career has lasted more than five decades, due to which the veteran reality show star is a household name in the USA. She is also one of the highest-earning TV personalities in the world, earning over $15 million per year in 2005.

What Is Judge Judy’s Net Worth In 2020 After Leaving Her Show?

American reality TV star, Judith Susan Sheindlin has a whopping net worth of around $500 million as of February 2020.

In 2009, she was worth $90 million, which is measly compared to $90 million. She earned this net worth primarily from a career as a lawyer and TV star.

She began as a small-time family, corporate and civil lawyer. Still, she gradually made her way into the criminal court system of New York, where her fast decision making and tough decisions made her known as a no-nonsense judge.

Then she was featured in a segment on CBS’s 60 Minutes after paper media started calling her a tough judge working for the common good.

Due to this, her popularity had already surged all over the USA, and she was approached to make a reality TV series featuring her as the judge.

She accepted the offer made to her and show; Judge Judy started on September 16, 1996.

The show after it’s wonderful twenty-five seasons is finally coming to an end in 2020. As per the sources, Judy is already in talks for her new show titled Judy Justice, which will release in 2021.

Judy Sheindlin was one of the highest-paid TV stars in the world for a long time before finally quitting the show. In fact, she has a history of being paid in the multi-millions per year. She earned $15 million in 2005.

Her earnings from her CBS salary in some of the past years are listed below:

Besides, Business Insider has reported that for her work in Judge Judy, she earned a total of $47 million as her salary. She reportedly filmed for only 52 days in a year for the role.

Rise To Fame With Judge Judy

After debuting on September 16, 1996, the show Judge Judy instantly became a hit with reality TV fans. The show is based on the arbitration provided by Judy on cases brought to her, meaning she is an appointed “dispute-settler “rather than a judge.

The show and the courtroom showed on the show have no legal authority to settle cases and pass rulings. Her show became a TV staple and skyrocketed her to celebrity status.

Judge Judy aired for 25 seasons before finally ending in March 2020 following, what TMZ claims, was a boiling dispute between CBS and Judy. According to the same source, her feud with the network started after the former head of the CBS ship Les Moonves, left and new leaders came into place inside the network.

Before in 2019, Judy and the network had struck a $95 million (reported) deal for the re-runs of Judge Judy from the archive (also referred to as Judge Judy Library).

The attorney-turned TV star has a lot of houses and properties scattered around the world.

She and her husband live in the USA-bought a house in Newport, Rhode Island, USA, for around $9 million in 2018.

The mansion covers 14,912 square feet and has six bedrooms, elevators, and many other modern technological features.

Similarly, she also has a house in the scenic region of Naples, Florida, where the tax rate is lenient when compared to other states.

She bought the house for $8 million ($8.6, according to some other sources). The estate covers over 10,607 square feet and has eleven bathrooms along with six bedrooms. She bought the property after selling her 16-floor Florida penthouse in 2015 for around $11 million.

Another one of her properties is located in Greenwich, Connecticut, and she bought the 12.5 acres property for a little over $13 million ($13.2 million) in 2007. According to Variety, she pays more than $230,660 property tax on the estate.

Beverly Hills also has a property owned by Judge Judy. She has a beautiful mansion with 4,680 square feet, five bedrooms, 3.5 bathrooms that she bought for $10.7 million in 2013.

In addition to her houses, she also has a Bentley convertible often covered in the media as her favorite car. The GT version of the convertible costs around $218,350 for the 2020 model.

Controversies In The Court

Judge Judy had a lawsuit filed against her by Patrice Jones, the ex-wife of producer Randy Douthit who had worked with Judy in the past.

Jones filed the lawsuit citing that her former husband had sold China items belonging to her to Judy without her knowledge for $50,815. Jones wanted $514,421 from the lawsuit, but the case was settled after Sheindlin returned her China, and Jones paid $12,500 to Douthit to have them returned.

The former attorney herself filed a lawsuit against John Haymond and his law firm. She claimed in the lawsuit that he and his firm had illegally (without proper legal permission) used her image in their advertisements.

She sought around $75,000, but the case was later settled out of court in a decision favoring Judy.

Judge Judy, aka Judy Sheindlin, was born Judith Susan Blum on October 21, 1942, to Murray Blum and Ethel Blum. She was born into a Jewish family in Brooklyn, New York, USA.

She went to James Madison High School and later on joined the American University in Washington, D.C. She got her Juris Doctor from New York Law School.

Sheindlin has been married three times. As of February 2020, she is married to Jerry Sheindlin.

The pair got married twice to each other, firstly in 1977, and they divorced in 1990 amid the increased tensions Judy was feeling after the passing of her father. After a year of legal divorce, they remarried in 1991.

She has three step-children Jonathan Sheindlin, Nicole Sheindlin, and Gregory Sheindlin, with Jerry.

Before this, she was married to Ronald Levy. She married Levy In 1964, and they were together until 1976. They had two children together from their 12-year marriage.