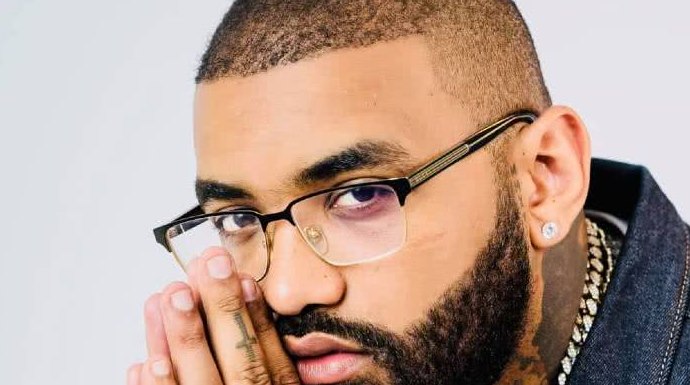 Joyner Lucas, an American rapper, songwriter & record producer is professional since 2007 & has released over 25 singles so far. In 2020, Lucas dropped his debut studio album ADHD; it peaked #10 in Billboard 200.

In 2017, he released a single I’m Not Racist, which earned him critical acclaim & became Gold certified by RIAA. Throughout his career, the rapper has earned 2 nominations for Grammy Award but is yet to win any.

According to various online sources, Joyner Lucas has a net worth of $2 million as of April 2020. Most notably, thanks to his career as a rapper.

The Worcester, Massachusetts-born formerly operated under the stage name ‘Future Joyner’ but later changed it to ‘Joyner Lucas’ after rapper Future came to prominence.

Furthermore, as a celebrity, he can pocket a considerable sum if he signs endorsement deals, though, is officially to declare one.

An avid user of Instagram, Lucas has over 2.4 million followers on his Instagram (@joynerlucas); as per Influencer Marketing Hub, it can earn him $4,819- $8,032 per sponsored post.

Lucas started his career in the rap industry under the name Storm G & later turned professional in 2007; at that time, he joined Film Skool Rejekts with the changed stage name ‘Future Lucas’.

Subsequently, he released his first-ever mixtape (collaborate) Workprint: The Greatest Mixtape of All Time.

Having changed his name to ‘Joyner Lucas’, the American rapper released his debut mixtape Listen 2 Me in 2011. Later, he would release further 3 mixtapes:

On November 28, 2017, Joyner released his single I’m Not Racist on YouTube that gained him critical acclaim & a nomination in the 2019 Grammy Award.

Later, on March 27, 2020, with the record-label Twenty Nine Music Group, he released his debut studio album ADHD, it consisted of the hit-single I Love that became RIAA: Gold.

Did you know? Lucas considers Eminem as his influence & got to appear as a featured artist in the rap mogul’s song ‘Lucky You’ from the album ‘Kamikaze.’

Father Of A Child: Relationship Status In 2020?

The 6 ft. 1-inch tall rapper is yet to get married but has a son named Joyner Messiah Lucas. He welcomed son Joyner Messiah on February 20, 2016, with his on-off relationship with now-estranged girlfriend Carmen Julissa Ayala.

Reportedly, in 2015, he briefly dated Angela Yee, a radio personality.

Meanwhile, Lucas is allegedly single; no reports on his dating story or girlfriend is out.

Where Does He Live?

Currently, Joyner Lucas lives in his hometown Worcester, Massachusetts. The average house price in the region is $267,281.

Was Diagnosed With ADHD: Short-Bio

Joyner Lucas was born Gary Maurice Lucas, Jr. on August 17, 1988,  in Worcester, Massachusetts, the USA. As a child, he was diagnosed with ADHD (Attention Deficit Hyperactivity Disorder) which was the inspiration of his debut album ADHD.

In his song ‘Half Nigga’, the American rapper stated about his parents: a black father & a white mother.

Joyner, who started rapping by the of 10, attended South High Community School & later continued his career as a rapper.