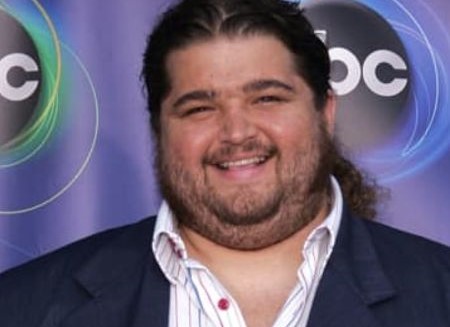 Jorge Garcia is an American-Cuban actor who grabbed the limelight following the role of Hector Lopez in the sitcom Becker. Similarly, he is famous as Hugo “Hurley” Reyes on the television series Lost.

Besides being an actor, Jorge is a stand-up comedian and a voice actor. Some of his acting credits include TV series and films like Alcatraz, Once Upon a Time, Hawaii Five-0, and Ridiculous 6.

How Much Is The Net Worth Of Jorge Garcia?

American actor Jorge Garcia is estimated at $6 million as of December 2021. He mostly gathers his income from his films, TV series, sponsorship, and advertisements deals.

Jorge Garcia was born Jorge Fernando Garcia on April 28, 1973, in Omaha, Nebraska, the U.S. His mother Dora Mesa is a Cuban professor while his father Humberto Garcia is a Chilean doctor.

Jorge took a Communication Studies major and graduate from the University of California, Los Angeles. Similarly, he attended the Beverly Hills Playhouse.

The Wedding Ringer actor Jorge Garcia is married to Rebecca Birdsall. The couple lives a very low-key life. Even though the love birds are rarely spotted together, even now, the way they talk about each other proves just how besotted they are with one another.

Prior, the actor dated Malia Hansen for around two years. After that, there was once a rumor that he was in a relationship with Bethany Legh Shady.

American-Cuban actor Jorge Garcia made a professional debut with the film Raven’s Ridge in 1997. After that, in 1999, he appeared in the movie Tomorrow by Midnight.

Additionally, from 2003 to 2004, Jorge played Hector Lopez on the series Becker alongside Ted Danson, Hattie Winston, Shawnee Smith, Alex Desert, Nancy Travis, and gained the spotlight. Finally, he tasted the fame after playing Hugo on television series Lost from 2004 to 2010.

To date, the multi-talented star has worked in various films, and TV series and some of his notable appearances are in shows like How I Met Your Mother, Once Upon a Time, Rock Me Baby, Curb Your Enthusiasm, and Hawaii Five-0 (2013 to 2019) to name a few.