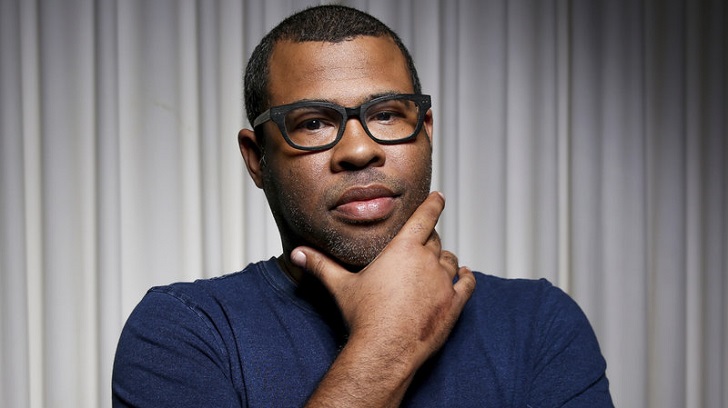 Jordan Peele is an American actor, writer, as well as a director who started his career in 2002. He rose to fame for his appearance in the Fox sketch comedy series Mad TV. He was the prominent cast member of the show for five seasons. Besides, Peele is also known for his portrayals in the comedy series, Key & Peele as well as in the horror movie, Get Out.

Some of his other notable works include Big Mouth, The Twilight Zone, Us. Apart from acting, he is also an established writer, director, and producer.

As of December 2019, Jordan Peele’s income is estimated at $12 million.

Peele officially started his comedy career after forming a comedy duo with his college roommate and future star Rebecca Drysdale. His career took a massive turn when he became a season regular on Mad TV. He was called the future of comedy and his impersonations of celebrities like Ja Rule, James Brown, Flavor Flav, Justin Guarini on the show made him the star among audiences.

Peele also appeared in a number of roles for MADtv and as Barrack Obama for the short TV series, Obama. Fargo, Children’s Hospital, Bob’s Burgers are some of his greatest appearances. But, if we talk about his best role, then it was in Key and Peele starting from 2012 to 2015.

The comedy king shocked the world when he directed the 2017 movie Get Out. The movie received four Oscar Nominations including the Best Director and Best Original Screenplay. He won the latter and became the first black screenwriter to win in this category.

In 2019, Jordan voiced Bunny in Toy Story 4 and worked as the Narrator for The Twilight Zone. He has been a part of a number of successful movies, and some of them are listed below:

In the year 2020 and onwards the actor is set to appear in new movies Candyman alongside Tony Todd, Virginia Madsen, Ted Raimi. He has also provided his voice in the movie Wendell and Wild, which will be released in 2021. In addition, he is also approached to appear in the movie Abruption.

For his TV project, he will be working as a producer in the upcoming series Hunters and Lovecraft Country.

The 40 years old, Jordan Peele is married to Chelsea Peretti. The duo started dating in 2013.

They got engaged in November 2015 and later announced that they got married secretly in April 2016.

Jordan Peele was born on February 21, 1979, in New York City, the U.S to white mother, Lucinda Williams, and black father, Hayward Peele. His full name is Jordan Haworth Peele. A single mother raised him on Manhattan’s Upper West Side.

Regarding education, he joined  The Calhoun School(Computer School) on Manhattan’s Upper West Side and later on joined  Sarah Lawrence College. However, after two years, he dropped out from there along with his college roommate, Rebecca Drysdale.