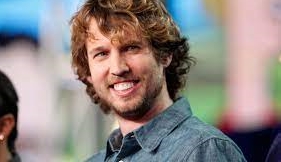 Actor Jon Heder made a break in the industry with a film role in the 2004 comedy Napoleon Dynamite. He later became part of many wide arrays of iconic big-screen projects, including The Benchwarmers, School for Scoundrels, Mama’s Boy, Blades of Glory, and When in Rome.

Prior to his film and TV roles, the actor also provided the voice in the animated film and series like Monster House, Surf’s Up, and Napoleon Dynamite.

How Much Is Jon Heder Worth?

Jon Heder has an estimated net worth of $15 million, according to Celebrity Net Worth in 2020. The career-spanning over two-decades in the film and TV industry is the major driving force in making such an impressive fortune.

In 2004, Heder played the title character in a blockbuster movie Napoleon Dynamite. The film became the tremendous hit at the box office, racking worldwide gross revenue of $46,122,713 against the $400k budget.

Jon was initially paid $1000 for the role, but after its runaway success, he received a cut of the profits, which was $1,00,000. He got six Teen Choice Award nominations winning two.

The actor later acted in many other major hit movies,

In 2020, Heder would feature as Jimmy in an upcoming film Tremors: Island Fury. His other future project is Killing Wingston Jones.

The actor is also notable for his work on high-profile TV projects like Pickle and Peanut (2015-18), Stretch Armstrong and the Flex Fighters (2017-18), and more.

Besides his professional accomplishments, Jon Heder is also notable for his humanitarian works. He supports many charitable organizations such as Heifer International, Leary Firefighters Foundation, Operation Gratitude, Red Cross, Stand Up To Cancer, and Urban Arts Partnership.

Celebrities like Aasif Mandvi, Amaury Nolasco, Ben Stiller, Benito Martinez, Bill Clinton, and Brian Williams are also the part of the entities which we have mentioned above.

Jon Heder was born on 26th October 1977, in Fort Collins, Colorado to James Heder, a practicing physician, and Helen Brammer. He five siblings, including an identical twin brother, Dan Heder.

Heder has two younger brothers Adam Heder and Matt Heder, as well as an older sister, Raechel Heder, and a brother Doug Heder.

He attended Walker Middle School in Salem. In 1996, he graduated from South Salem High School.  He then enrolled at Brigham Young University.

Jon Heder tied the knot with Kirsten Heder on 23rd November 2002. The couple first met at Brigham Young University and dated for a few years before walking down the aisle in 2002.

They are blessed with three children, a daughter Evan Jane Heder and two sons Philip Heder and Timothy Heder.