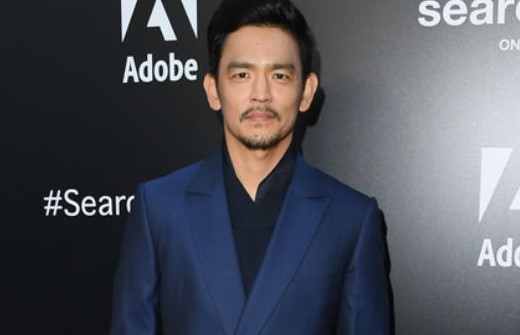 John Cho is an actor best known for his role as Harold Lee in the Harold & Kumar film franchise. He starred with Kal Penn on the films making him a popular name among fans of movies. Later he gained international popularity by working on Star Trek.

Similarly, he has also worked on various TV shows like The Men’s Room, American Dad!, etc. One of his better-known TV shows is The Exorcist on which he had the main role.

What Is The Net Worth And Salary Of John Cho?

John Cho‘s net worth is around $20 million as of April 2020. He made this net worth primarily from a career in acting.

According to Celebworth, he also earns $3.43 million in salaries per year, which has contributed to his net worth.

Cho started his career in 1997, and he slowly made himself a popular comedic actor. He worked on some films like American Pie, were his first major comedies.

John Cho’s first film was Shopping for Fangs, which came out in 1997. The same year he also appeared as an extra on Wag the Dog. In 1998, Yellow came out on which he also had a minor role. He worked on the comedic hit American Pie (1999) in an extra role.

He also worked in American Beauty and Bowfinger in the same year. He worked on The Flintstones in Viva Rock Vegas in 2000. After this, he returned to his role on American Pie on the sequel American Pie 2 in 2001.

The actor also played on Delivering Milo, Down to Earth, Evolution, Pavilion of Women in 2001. Then after a few roles and films that flew under the radar, he was cast as Harold Lee on the comedy epic Harold & Kumar Go to White Castle (2004).

The film was his breakout into mainstream film, and he got paid around $75,000 for the role. He became a popular name with fans for his comedic performance alongside Kal Penn in the film. Cho worked on In Good Company and See This Movie in the same year.

He took a short break before playing Harold again in A Very Harold & Kumar 3D Christmas. Cho played well-received roles in American Reunion and Total Recall in 2012. Some other popular films by the actor include Star Trek Beyond, Star Trek Into Darkness, etc.

Cho’s TV career started in 1997 with the show The Jeff Foxworthy Show. He did some more work as an extra before getting his first recurring role in 2001 on Static Shock.

The same year he was part of the main cast in Off Centre. Then he played minor roles in The Jamie Kennedy Experiment, Kim Possible, The Men’s Room, House M.D. (starring Hugh Laurie), etc.

He had a recurring role in Kitchen Confidential from 2005 to 2006. He has also made appearances on How I Met Your Mother, Ugly Betty, FlashForward, Go On, The Exorcist, etc.

John Cho was born Cho Yo Han on June 16, 1972, in Seoul, South Korea. Growing up he and his family moved to the Los Angeles, the star went to Herbert Hoover High School from which he graduated in 1990.

Later he went to the University of California, Berkeley, graduating with a BA degree in English in 1996.

The star is married to Kerri Higuchi as of April 2020, they tied the knot in July 2006. They have a son and daughter together.

Cho has South Korean heritage and has cited multiple times that he has experienced racism in America. He also supported Barack Obama in 2012 like his Harold & Kumar co-star, Kal Penn.