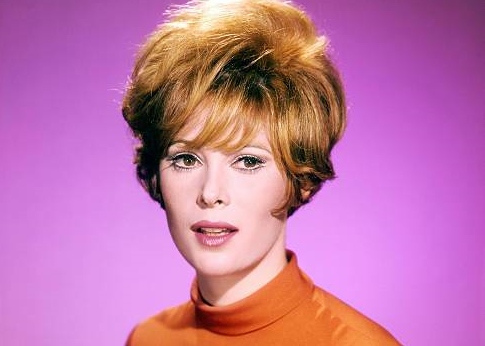 Jill St. John is one of the iconic actresses of the 1960s who has worked in dozens of movies throughout the decade like The Lost Word, Tender Is the Night, Honeymoon Hotel, The Oscar, Foreign Exchange, and more.

However, the actress’ big break came in the 1971 super hit movie Diamonds Are Forever. St. John also made headlines for her high-profile relationship with many known actors. She is now married to Robert Wagner.

As per estimation made Celebrity Net Worth, Jill St. John owns $10 million in 2020. She has predominantly made money through the course of her acting career and many other endeavors.

In May 1957, the then-teen actress St. John signed a contract with Universal Pictures for seven-year. She was initially paid $200 a week.

In 1971, the actress appeared in the spy film Diamonds Are Forever along with Charles Gray, Lana Wood, and Sean Connery. The movie became commercially successful racking up $116 million at the box office against the $7.2 million budget.

Similarly, Jill St. John also played in a 1992 movie The Player sharing the screen alongside Tim Robbins, Greta Scacchi, and Fred Ward. The movie grossed over $28 million at the box office around the world.

Jill once came with her handmade Angora sweater business. Her other personal interests are growing, skiing, hiking, river rafting, and camping.

Is An Active Philanthropist

Jill St. John supports many charitable organizations throughout the world. She is involved in philanthropic causes like Barbara Sinatra Center for Abused Children and Starkey Hearing Foundation as well.

Sold Their Brentwood Home For $15 Million

Jill St. John and her husband Robert Wagner sold their mansion in Brentwood, California for approx $15 million in 2007. The 4,556 square feet mansion features 6 bedrooms and 5 bathrooms.

Is From A Wealthy Household

Jill St. John was born on 19th August 1940, in Los Angeles, California. She is the daughter of Edward Oppenheim, a successful restaurant owner, and Betty Lou Oppenheim.

Despite a series of marriages, St. John has yet to have any child.