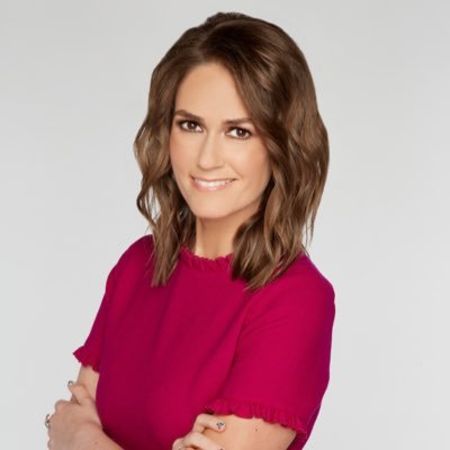 Jessica Tarlov is a political consultant who currently serves for FOX News Channel (FNC) as a contributor. She offers political analysis and insight across FNC and FBN (FOX Business Network’s).

Jessica Tarlov was born on March 9, 1984, in Manhattan, New York, the United States of America, to parents Mark Tarlov and Judy Roberts. Her father is a film producer and winemaker.

Tarlov was raised along with her sister Molly Tarlov, who is an actress known for her role as Sadie Saxton on the MTV television series, Awkward.

Jessica Tarlov first started working as a project manager at Merrill Lynch in 2007. In the following year, she became a political strategist at Douglas Schoen LLC.

She previously also served as a Democratic strategist with Douglas Schoen, LLC for five years. She has published articles for FoxNews.com, The New York Daily News, The Daily Beast and Forbes.

Tarlov joined FOX Network in 2017 and ever since she has been working as a contributor for FOX News Channel,

She is also currently working as the Senior Director of Research and Consumer Insight for Bustle Digital Group, which also owns and operates Bustle.com, Elitedaily.com and Romper.com.

Estimated Net Worth of $800 Thousand

Jessica Tarlov has earned a good amount of money from her career as a political consultant. She makes most of her money from the FOX network.

According to many online sources, Tarlov has an estimated net worth of $800 thousand, as of 2022. Her sister Molly, meanwhile, has a net worth of $1 million.

In a Romantic Relationship With Boyfriend Roman Kuznetsov

Moving towards the relationship status of Jessica Tarlov, as we mentioned earlier, the political consultant is currently dating a Roman Kuznetsov.

As per the report, the couple met in 2017 and eventually started dating. Tarlov made her relationship with Kuznetsov official, by sharing a photo of themselves on Twitter.

Additionally, her sister Molly Tarlov has been married to a drummer, Alexander Noyes, since March 2017.