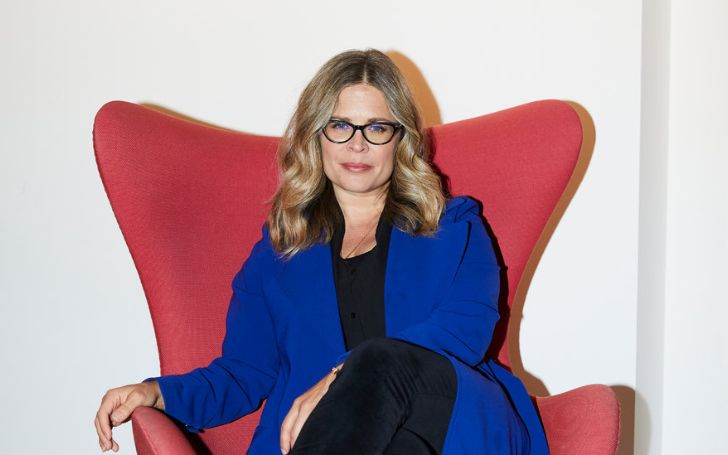 Widely known as the writer and director of the 2013 animated fantasy film Frozen and its sequel Frozen II, Jennifer Lee is an American screenwriter and film director. She currently serves as the chief creative officer of Walt Disney Animation Studios.

Born Jennifer Michelle Rebecchi on 22nd October 1971 in Providence, Rhode Island, the United States of America to Linda Lee and Saverio Rebecchi. She is American as per her nationality and has white ethnic descent.

Lee grew up alongside her older sister Amy who is an English teacher in East Providence, Rhode Island. She attended East Providence High School and the University of New Hampshire and earned her bachelor’s degree in English in 1992.

Moreover, Jennifer graduated with an MFA in film from Columbia University School of the Arts’ Film Program in 2005.

Did You Know? Jennifer legally changed her last name from Rebecchi to Lee in January 1995.

According to Celebrity Net Worth, Jennifer Lee is estimated to own a net worth of $13 million as of December 2021. The 48-year-old amassed her multi-million dollar fortune from her successful career of 19 years.

Following her graduation, she teamed up with Phil Johnston, a former classmate at Columbia, to help him write Wreck-It Ralph. She was supposed to be a temporary eight-week writing gig, which eventually turned into a much longer commitment.

Lee eventually became involved with Frozen as a screenwriter and later was co-director with Chris Buck. She worked closely with the songwriters like Robert Lopez and Kristen Anderson-Lopez in the writing of the script.

Frozen gave her the opportunity to celebrate wild and wonderful girls like her childhood self and was also the highest-earning film by a female director in terms of domestic earnings until surpassed by Wonder Woman by Warner Bros.

In September 2014, Lee and Buck co-directed a short film titled Frozen Fever featuring the Frozen characters. The film was released in March 2015. Similarly, she was one of several Disney writers and directors who received credit for “Creative Leadership” for the 2014 film Big Hero 6 and 2016 film Moana.

Similarly, she received screen credit as one of the writers who developed the story for the 2016 animated film Zootopia.

In August 2014, Jennifer’s next project after Frozen was an adaptation of Madeleine L’Engle’s 1962 novel A Wrinkle in Time.

As of June 2018, Lee was announced as the chief creative officer of Walt Disney Animation Studios after John Lasseter’s exit from Disney.

Who Is Jennifer Lee’s Husband?

Jennifer is reportedly dating actor Alfred Molina. The couple began dating since November 2019 and are living a happy life together.

Prior to this, she tied the knot with Robert Joseph Monn on 30th May 1999 at the Rhode Island Country Club amidst family and friends.

They shared a daughter named Agatha Lee Monn, born in 2003. The couple filed for divorce, but the exact divorce date is not revealed.

Fun Fact: Pre-teen Anna for the middle verse of “Do You Want to Build a Snowman?” was sung by her daughter Agatha.

The mother and daughter currently reside in the San Fernando Valley in California, where the median house price ranges around $491,600.