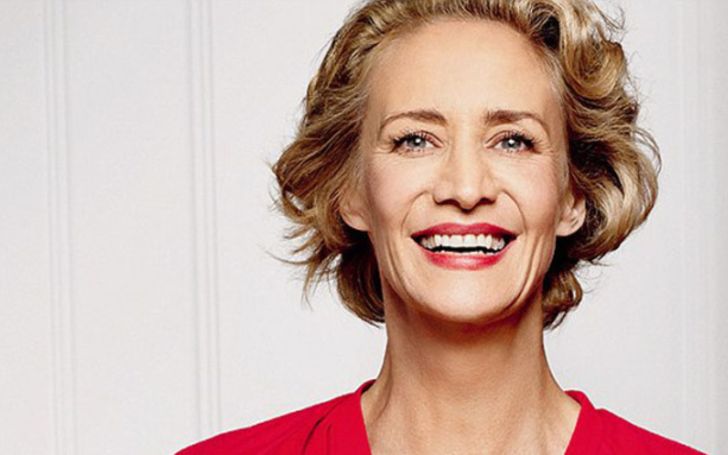 Janet McTeer is an English actress who has been able to win several prestigious awards from her appearance in the theater show as well as movies and TV shows. She made her debut in the acting from the stage production and later on, made her way to the Hollywood industry.

Professionally starting a career back in the entertainment industry back in 1985, she has more than 60 acting credits in her name. Some of her notable TV works include Sorry for Your Loss, Jessica Jones, Cat Run. Here in this section, we will be discussing all the possible detail of such a talented person. So stay tuned.

Janet McTeer was born to Jean McTeer and Alan McTeer on August 5, 1962, in Newcastle upon Tyne, in England. She is of British nationality while her ethnicity is Caucasian.

Talking about her education, she went to Queen Anne Grammar School for Girls. While at the age of 16, she developed an interest in acting and started working at York Minster and at the city’s Theatre Royal. Later on, she joined the Royal Academy of Dramatic Art.

Has $4 Million Net Worth

For more than three decades of her career, Janet McTeer has appeared in several movies and TV shows. From her successful career, she has earned a huge amount of worth and as of 2022, her net worth is calculated to be around $4 million.

She has been part of several successful movies that have garnered a huge amount at the box office collection which are listed below.

Some of her notable movie appearances include Half Moon Street,  I Dreamt I Woke Up, As You Like It, The Woman in Black, Maleficent, The Woman in Black, The Exception, Paint It Black. Similarly, her poplar TV series appearance includes  The Black Velvet Gown, The Governor, The Amazing Mrs Pritchard,  Hunter, The Honourable Woman, Jessica Jones, Sorry for Your Loss.

The 61 years old Janet McTeer is a married woman. She shared the wedding vows with Joseph Coleman for a long time. However, she has failed to share when and how the pair got married. Also, there is no detail about their love life.

The pair, who were a poet, and a fashion consultant back then, moved to Maine and built a house south of Harpswell. After several years, the duo resided in London permanently.