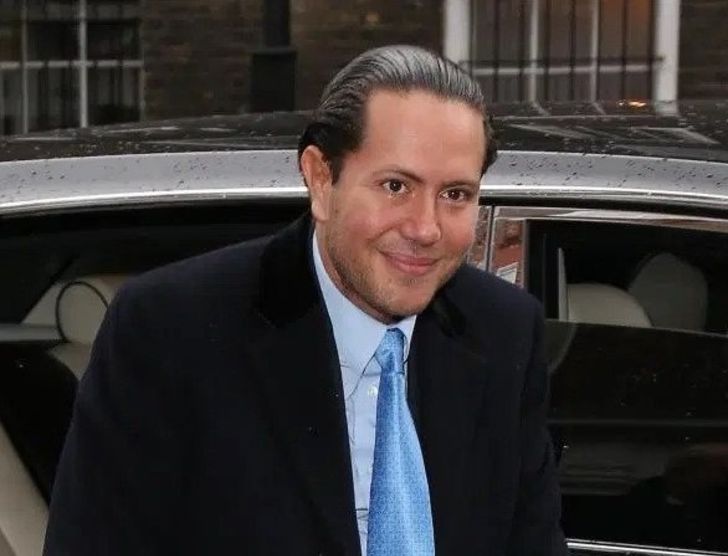 Eccentric playboy billionaire would be one way of describing James Stunt. Another way would be vile, narcissistic, and money-hungry, as his ex-wife-turned-bitter-enemy Petra Ecclestone can attest to.

The 37-year-old business mogul has had a long and acrimonious divorce with English socialite Petra Ecclestone over their £5.5 billion shared fortune.

After being declared bankrupt in June 2019, Stunt has taken to hurling ad hominem attacks on Petra and her family, including her present-day fiancé, Sam Palmer.

But how did James Stunt go from billionaire to bankrupt? How did he even become a billionaire? We look at the long (and tumultuous) history of ex-billionaire James Stunt, including his childhood, net worth, marriage, and divorce.

How James Stunt Made His Fortune?

James Stunt could have gone his whole life without lifting a finger, so affluent was his upbringing. But James set out to forge his own name.

There was little Stunt did not dabble in. He sank what money he had into a shipping cargo business when he was 21.

He went on broaden his horizons, investing in gold mining, private finance, real estate, and gambling.

He started the mining company Stunt & Co, which specialized in the production of precious metals and supply of gold bullions.

James Stunt was born in 1982 to a publishing director father Geoffrey, and Lorraine Stunt. He grew up in an upscale neighborhood in Virginia Water, Surrey, England.

James also attended the Bradfield College with annual tuitions of $47000.

James enjoyed a luxurious childhood, but his ambition led him to denounce his father’s name and venture in his own pursuits.

What Is James Stunt’s Net Worth?

The website TheRichest lists Stunt as being worth $5.5 billion, while CelebrityNetWorth lists him at $10 million. He also declared bankruptcy in June 2019, so at this point, it is anyone’s guess how much James Stunt is actually worth.

At one point, James had been a veritable billionaire, courtesy of his many business ventures including shipping, precious metals trade, real estate, and gambling. Stunt’s net worth was estimated to be around $5 billion and $6 billion.

Not one to shy away from showing off, Stunt was known for his collection of over 200 vintage and luxury cars. The collection included, among other things, five Rolls Royces, three Lamborghinis, two Mercedes Gullwings, and a vintage Ferrari 250 LM.

James Stunt was also a wine and an art aficionado. His fabled art collection is said to have included Old Master Paintings and Modern Arts from such artists as Sir Peter Lely, Monet, Sir Godfrey Kneller, Picasso, and Degas.

James was as decadent as he was ambitious, and his vices led to his downfall. His indulgence in drugs and gambling, coupled with him being ousted from three companies, led him to declare bankruptcy in June 2019.

James Stunt became known to the broader public after his marriage to socialite and heiress Petra Ecclestone. The younger daughter of Formula One magnate, billionaire Bernie Ecclestone, Petra is second-in-line to her father’s $3.1 billion racing conglomerate.

Petra was acquainted with Stunt over a blind date in 2006, where the boisterous and glib Stunt was able to woo the naive 23-year-old Petra.

They tied the knot in August 2011 in a lavish affair at the Castello Odescalchi in Bracciano, Italy. The price of booking the 15th-century castle was believed to have set the couple back at least $15 million. Petra was decked in a $100k Vera Wang dress, and each bottle of wine was supposedly worth $5.2k.

The couple split their time between Petra’s London home- worth $90 million- and their estate in Holmby Hills.

The palatial estate, called the Spelling Manor, reportedly cost the couple $85 million. Petra listed the Spelling Manor up for sale in 2014 at $150 million, without any buyers, she tried a second time in 2018 for $200 million without much success. She finally sold the property in 2019 for $120 million.

Divorce From Ecclestone And A War Of Words

James was a notorious philanderer, a drug addict, an egomaniac, and a violent abuser.

Things got so bad that Petra filed for divorce from Sturt, and their divorce proceedings were handled by a family judge reportedly in a matter of minutes.

James could not leave things well enough alone, and throughout the ensuing months took cheap shot after cheap shot at Petra and her family. James was particularly vicious towards Petra’s father, the F1 magnate Bernie Ecclestone. He hurled insults at his former father-in-law, at one point, calling him an “evil dwarf.”

James reportedly had Petra sign a prenup worth $20 million to cover his assets that included a multi-million dollar wine collection. The custody battle was also fought over a $105 million LA mansion.

Throughout the turbulent divorce proceedings, and James dragging the Ecclestone name through the mud, Petra remained silent, until November last year.

“I have thought long and hard regarding what I am about to post. I have always been a private person and never really wanted to have my “dirty laundry” aired in public. Unfortunately, Instagram has given James Stunt a platform to publicly tell lies about my family and [me] for too long.

For that reason, it is now time to tell the truth about my ex-husband – a horrible and narcissistic man who simply will not leave us alone.

Let’s shatter the James Stunt myth. The man is not a billionaire and never was. Naively, I funded his life for our entire marriage and paid for his cars, his watches, his art (the few real ones) even his failed company.

Sadly, James always had such a sick obsession with money and being perceived to be an independently successful billionaire. The trouble is he spent most of his days in bed, high on prescription drugs.”

Petra also came to the defense of her father and rebuked James for spreading lies about the man who tried to help him:

“James rants obsessively and on a daily basis about my father. Yet all he has ever tried to do is help him.

James conveniently forgets the £10 million my dad loaned him to fund his failed business. I guess he won’t be getting that back any time soon. James claims I sold his Lamborghini. The reality is that it was a kit car with a Ford key – something else that is not real about James Stunt. I can 100 per cent say I did not sell the car. My house manager simply moved it because James had dumped it at our house and refused to have it moved. Probably because he enjoyed the free storage.

Still to this day I pay the bills of a Rolls-Royce he financed in my name, not to mention the storage of all of his art in LA.”

At this point, no one knows who is in the right and who is not, but despite the mess that the two estranged lovers find themselves in, Petra has found love with Sam Palmer.

The two have since exchanged engagement rings in December 2018, 14 months after her divorce from Stunt. Petra is pregnant with Palmer’s child.

What else is to be expected of the man who calls the notorious English crime-lord, Terry Adams, his godfather?

James is no stranger to crime. Fuelled by his narcissism, Stunt has never shied away from boasting about his reach in the criminal underground.

His ex-wife Petra, however, thinks Stunt’s bark is worse than his bite!

‘The sad reality of it is James is not a gangster, he’s a public school boy that likes to pretend he is from the street and related to gangsters. He’s not. He’s just a prat.”

Petra also said that Stunt had taken to wearing full-face makeup at the end of their relationship:

“Towards the end of our marriage, he had taken to wearing a full face of makeup, insisted on using a satellite phone (as apparently all of his calls were being bugged) and even told friends that he was Prince Philip’s illegitimate son.”

One claim that is not unsubstantiated, however, is Stunt’s art forgeries. The bankrupt playboy is said to have sold 17 forged paintings to the Prince of Wales’s charity, Dumfries House in Scotland.

The stunt pulled the stunt (no pun intended) to borrow $52 million to fund his lifestyle and pay off his debts and was caught with his pants down in December 2019.