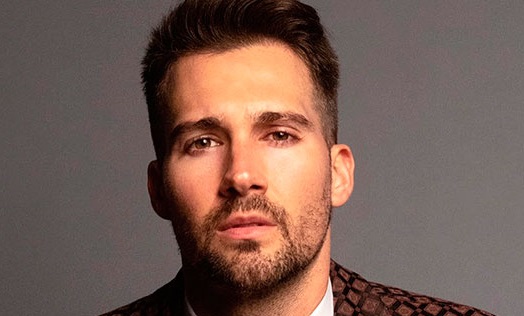 The star also got popularity from the show Celebrity Big Brother and Dancing with the Stars in his later years after leaving Nickelodeon.

Maslow started his career in 2008 and has since made himself an incredibly popular Nickelodeon star. In addition to this, he also has a lot of film credits to his name including urFRENZ and Room for Murder.

What Is The Net Worth Of James Maslow?

James Maslow has a net worth of around $6 million as of May 2020. He made this net worth primarily from his TV work on Nickelodeon.

In addition to this, he also worked as a member of the boy band Big Time Rush who gave popular hits like Boyfriend among others.

The star TV actor listed his Sherman Oaks, California home for sale in 2018. He bought the house in 2012 for $1.37 million and listed it for $1.95 million. According to the listing placed by the actor, the house was completely renovated by him.

He also has a house in Beverly Hills, he has not revealed the price of his house however, the average price of a house is $3,584,488 according to Zillow.

Maslow’s first appearance on screen was on the TV show iCarly in 2008. Then a year later, he got the role of James Diamond on Big Time Rush. This would eventually become his best-known work. He played the role from 2009 to 2013.

In 2011 he made an appearance on Hand aufs Herz. Then the next year he worked on How to Rock and the Big Time Movie, the TV movie of Big Time Rush.

He had a minor role in See Dad Run in 2012 and 2013. Similarly, he made an appearance on ‘Marvin Marvin’. In 2014, he became a contestant on Dancing with the Stars and also had a main role on Sequestered.

He had a voice role in The Penguins of Madagascar on an episode in 2015. The same year he also played the role of Bart Foxworth on Seeds of Yesterday. After a small break from TV, he returned as a contestant on Celebrity Big Brother.

The star actor also made an appearance as a bartender on the popular TV show The Big Bang Theory working alongside Jim Parsons, Kaley Cuoco, Kunal Nayyar, etc.

The actor’s film career started in 2009 when he starred in the film urFRENZ. Then in 2015, he played Bart Foxworth in Seeds of Yesterday. In 2017, he worked on 3 films 48 Hours to Live, ‘It Happened One Valentine’s/ Love Exclusively’, ‘Art Show Bingo’, etc.

Then a year later, he was featured in Bachelor Lions and Room for Murder. He has no acting credits in 2019 but has 4 films in production to be released in 2020 including Wolf Hound, Stars Fell on Alabama, We Need to Talk among others.

As of May 2020, Caitlin Spears before this he was in a relationship with Gabriela Lopez in 2017. He also dated Miranda Cosgrove.

They started dating in 2007 and their relationship lasted until 2009. After this, he dated Halston Sage starting from 2011 and ending in 2013. The TV personality also dated Aislinn Paul in 2016.