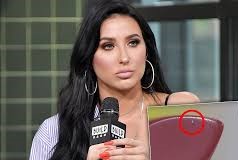 In the 21st century, social media has become one of the easiest platforms to show the hidden talents of lots of people. There are millions of people who earned respect as well as fame from different media, one of them is Jaclyn Hill. She is best known as the YouTube star who shares her makeup tips on her channel.

Here are all details, how and when did she begin using YouTube? Know her wealth, lifestyle, and overall assets.

American YouTube personality Jaclyn Hill has an estimated net worth of $1.5 million as of 2020. All of her fortunes are gathered as YouTubers.

Jaclyn Hill started her professional journey as a freelance makeup artist and served at a MAC Cosmetics store. When she was 21 years old, she created her YouTube channel and began posting videos introducing makeup tutorials by Kim Kardashian and Kourtney Kardashian.

After she uploaded the video, Kylie Jenner Inspired Makeup Tutorial, Hill came to the limelight in 2014. Later, the media sensation collaborated with an Australian cosmetic brand, Becca, and launched a bestselling highlighter, Champagne Pop.

Furthermore, 29 years fashion enthusiast Jaclyn founded her very own cosmetic line, Jaclyn Cosmetics. Similarly, her first line containing 20 nude lipstick was launched on May 30, 2019. Also, the 29-year-old star launched her highlighters with BECCA Cosmetic and sold $10.7 million in EMV. Likewise, she has also worked with various brands such as Sigma, Makeup Geek, and Gerard Cosmetics.

How Much Jaclyn Hill Pay For Beverly Hills Villa?

The makeup artist Jaclyn owns $2 million worth house in Tampa, Florida. In one of her videos, WHY I HAD TO Move! uploaded on October 13, 2019, she mentioned that mansion ceilings collapsed so, she shifted to Beverly Hills as her property is under renovations.

Hill lives in Beverly Hills mansion owned by Kambiz Hakim boasting 8,838 square feet, 5 bedrooms, and 7 bathrooms. As per some online sites, the estate was listed for $30 million in the 2017’s summer.

As of now, the villa was kept on the market for $20 million. Though Jaclyn has not revealed how much she is paying to reside in the home according to Airbnb, the rent of the house is $10,500 per night.

The owner of Jaclyn Cosmetic spent her childhood in various places like Tampa, India, and Honduras because her father migrated to different places for missionary work who later served as an evangelist.

Hill really had a rough childhood as her father was suffering from a medical condition and had been in an accident. In 2012, her parents divorced and since then, she along with her siblings, Nicholas Eilers and Rachel Eilers were raised by a single mother.

5 feet 7 inches tall star Jaclyn Hill was married to drummer Jon Hill in August 2009. The couple revealed their divorce almost after 9 years on May 16, 2018.

As of February 2020, Hill is dating a recording artist and battle rap legend. His real name is not available but he holds an Instagram account with a name @ farnumgrindtime.