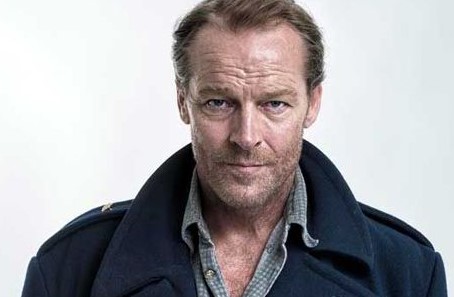 Iain Glen, a Scottish-born actor made his career breakthrough as Dr. Alexander Isaacs/Tyrant in the Resident Evil trilogy (2004- 2016) & added further fame & fortune after he portrayed Ser Jorah Mormont in the HBO series Game of Thrones (2011- 2019).

The Bancroft Gold Medal winner from the Royal Academy of Dramatic Art, Glen started with small gigs in Paris by Night (1988) & in the TV series Screen Two (1986- 1989). Well, he won the Silver Bear for Best Actor for his role in Silent Scream (1990).

Later, the actor appeared in Mararía (1999), in the 1998 play The Blue Room opposite Nicole Kidman and in the box-office hit Lara Croft: Tomb Raider (2001) featuring Angelina Jolie.

Ian Glen’s major movie breakthrough came up after he played Dr. Alexander Isaacs/Tyrant in Resident Evil: Apocalypse (2004) & later in its other 2 installments (in 2007 & 2016); the trilogy made a collective $591.4 million in the box-office.

His success sky-rocketed after the actor was cast as Ser Jorah Mormont in the HBO fantasy series Game of Thrones in 2011 & appeared through 2019 (Season 8) until his character died.

How Much Iain Glen Earns & His Career Update?

Glen’s major source of income is his acting career, though is confidential about his payroll. Online sources cite that Iain makes hundreds of thousands of dollars per year.

Not to miss the Game of Thrones, which earned the lead roles like Emilia Clarke, Lena Headey, Kit Harington & Peter Dinklage, a whopping $1.2 million per episode for Season 8- a rise from the $500,000 per episode in Season 7.

Currently, he plays Batman/ Bruce Wayne in the DC Universe series Titan. Moreover, in 2020, he will be starring in the movies What About Love & The Windermere Children, which are under post-production.

Also, he is filming for another 2020 movie Black Beauty. So, it’s likely that the 6 ft. 1-inch tall actor will have a hike in his fortune in the coming days.

Not Active On Social Media: Any Endorsements?

Back in 2015, he gave a voice-over for the advertisement for Vauxhall Mokka.

Aside from acting, Glen makes him occupied with participating in charitable events. The patron of Will Aid has played in fundraising events for Game4Grenfell & supports other charity projects Heart of Scotland and Small Steps Project.

Married Twice & Father of 3 Children: Where Does He Live?

Despite such fame, the Game of Thrones actor is quite low-key about his residence; sources cite that he lives in London, England with his second wife Charlotte Emmerson & 2 daughters: Mary Glen (born in 2007) and Juliet Glen (born in 2012).

Previously, the actor was in a marital relationship with Susannah Harker, an actress & while together, welcomed a son named Finlay in 1994.

Did You Know? Glen’s second wife Charlotte suffered brain hemorrhage when the actor was filming for Season 8 of GOT.