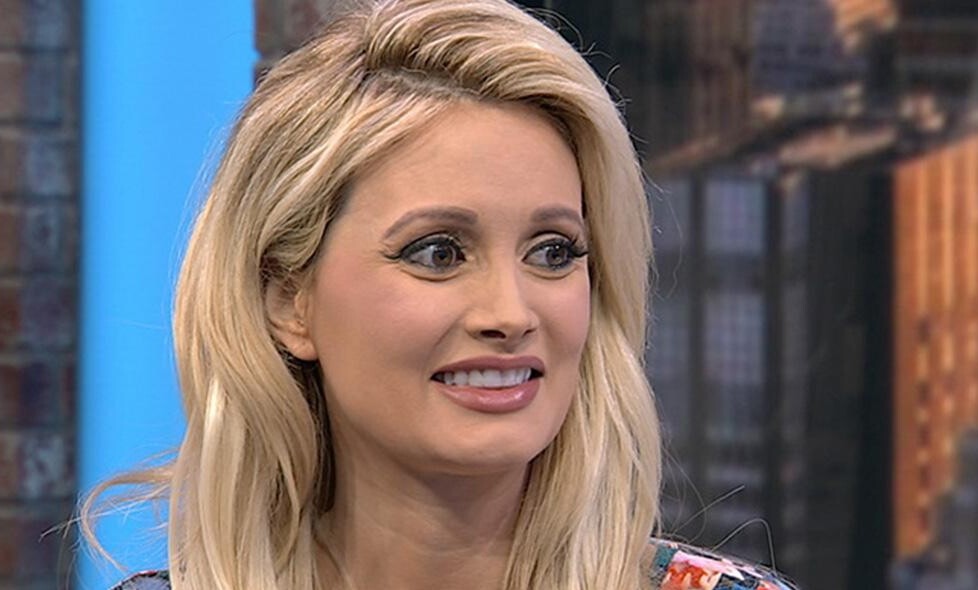 Former Playboy bunny Holly Madison is perhaps best known for her time in the playboy mansion and her relationship with Hugh Hefner on the show The Girls Next Door but she is also popular as an author who released the book Down the Rabbit Hole: Curious Adventures and Cautionary Tales of a Former Playboy Bunny.

Madison has also worked in the film industry but has not garnered any popularity for it. She is better known for her work on television rather than on the big screen. She even had her own show called Holly’s World.

Model Holly Madison’s net worth is $16 million as of April 2020. She made this net worth mainly from a career as a Playboy bunny and a TV personality.

She first started out as a model to pay her college tuition, after which she came in contact with the playboy mansion, effectively starting her career as a playboy bunny.

Sold A Mansion In LA

She and her then-husband had bought the property for $7.1 million just a year ago. The property was built in 1926 in a Spanish Colonial design.

The model also bought another home in the city of angels for around $3.475 million together with her then-husband in 2013.

Did She Inherit Any Money From Hugh Hefner After His Death?

It’s no secret that Hugh Hefner was a multi-millionaire who was worth around $50 million at the time of his death, excluding the infamous Playboy mansion. Madison was at one time Hefner’s main girlfriend inside the mansion.

She was in a relationship with him from 2001 to 2008, and when leaving his mansion, found documents entitling her to $3 million at the time of his death on the condition that she lives in the hall.

Madison has commented on the papers that “Did he really think he could buy me?” and did not accept the inheritance.

Did You Know? Hefner gave all the Playboy bunnies a $1000 a week clothing allowance and paid for any plastic surgery they wanted to undergo.

Her popularity is also evident on social media, and The star also has over a million followers on Instagram as of April 2020.

According to Influencermarketinghub, she earns around $2,026.5 to $3,377.5 per post made on the social media platform.

Madison moved from a small town in Alaska to Los Angeles to become famous, and after struggling as a model, she was spotted by Hugh Hefner’s friend, who invited her to his mansion, and after a few visits, she was given permission by Hugh Hefner to move into the mansion.

She was made a solid fixture of the cast of The Girls Next Door in 2005, and she slowly became a well-known TV personality. She quit the show and the company altogether after splitting from Hefner in 2009.

After quitting Playboy, she made guest appearances in a number of TV shows, including Dancing with the Stars, Celebrity Family Feud, Living Lohan, etc. before getting her own show titled Holly’s World that aired from 2009 to 2011.

The model has been in the public eye ever since she joined Playboy. In an interview, she revealed that she has taken out a $1 million insurance on her mammary gland.

She said that if anything happened to her body part, she would be set back a million dollars. She is an in-demand performer in Las Vegas and often appears topless during segments of her show, which might have made the insurance policy necessary.

The star insured her mamma in September 2011 via the Lloyd’s of London insurance company. The model has also acknowledged how her chestal area was her “primary money makers right now.”

She went under the knife to enlarge them from A-cups to D-cups. She has also said that bunnies had to regularly undergo plastic surgery as per the standards set by Hugh Heffner.

He enforced a lot of standards for his bunnies at the mansion.

The former playboy bunny is a passionate supporter of PETA and animal rights; in fact, she has posed without clothes for PETA’s anti-fur campaign. ON the issue of animal fur-use she said

“You don’t need fur. And if you want the look of fur … there’s faux fur, there is just no reason for it.”

In addition to this, she also supports various other charities like Animal Rescue Foundation, Soles4Souls, ONE DROP, Tony Hawk Foundation, etc.

In addition to this, she has also helped children’s foundations, refugees, and other various sports charities.

In addition to being a popular TV personality, she also released her tell-all memoir Down the Rabbit Hole: Curious Adventures and Cautionary Tales of a Former Playboy Bunny, in which she described her experiences within the Playboy mansion.

She also published “The Vegas Diaries: Romance, Rolling the Dice and the Road to Reinvention,” which also became a bestseller.

Regarding her relationships, various sources, including TMZ, reported that she is dating Zak Bagans after divorcing Pasquale Rotella.

She married Pasquale Rotella on September 10, 2013, at Disneyland. They had their first child, a daughter in March 2013, and their second child was born in August 2016. Their divorce was finalized in February 2019.

She was also in a publicized relationship with Hugh Hefner from 2001 to 2008. She became his main partner after attending many parties at his Playboy mansion and moving in there.

Madison has said that the conditions for playboy bunnies inside the mansion were like how housewives were treated in the 1950s. She has even said that the bunnies were not allowed to talk to male staff and were barred from having any outside boyfriends other than Hugh Hefner.

While still in a relationship with Hugh Hefner along with Kendra Wilkinson, she gave an interview, in which she said that she wanted to marry and have Hefner’s children.

Hugh, on the other hand, said that he loved Holly, and they would spend the rest of their life together, but he would never marry as marriage was never part of his “puzzle.”