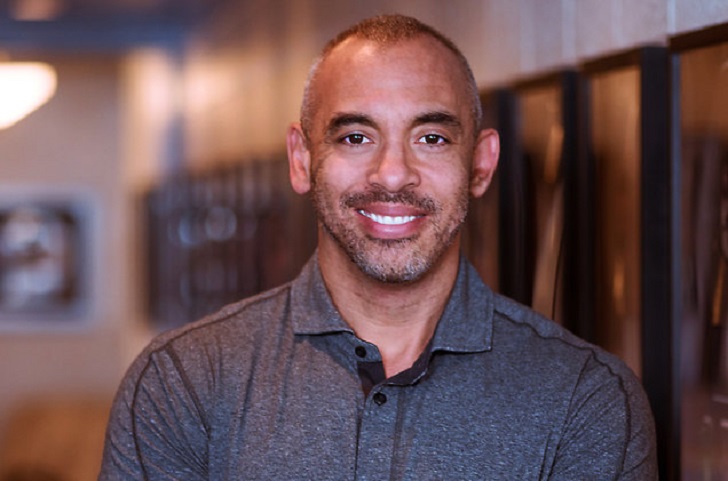 Harvey Mason, Jr. is an American record producer, songwriter, and movie producer who has worked alongside many popular figures such as Aretha Franklin, Michael Jackson, Britney Spears, and Chris Brown,

Among people, he is also famous for being the son of the American jazz drummer, record producer and Fourplay band member Harvey Mason Sr.

How Much Is The Net Worth Of Harvey Mason, Jr.?

The 51-year-old record producer Mason who has been in the music scene for the better parts of the last three decades has an estimated net worth of $10 million as of 2020.

Harvey Mason, Jr. started his career in 1997 when he co-produced the jazz album Ratamacue with his father Harvey Mason, Sr.  and produced the track Sexual Healing of his old man’s band Fourplay in 1998.

After the help from his father, Harvey Jr. went on to work with Rodney Jerkins to produce music projects such as 1998 album Never Say Never by Brandy, Beyonce’s band Destiny Child’s Say My Name and Whitney Houston’s It’s Not Right, But It’s Okay and the Invincible album by Michael Jackson

He later formed a musical duo called The Underdogs with Damon Thomas to compose and produce songs such as Tyrese’s “I like them girls” which peaked up to 48th spot on the US Billboard Hot 100. He also worked for artists such as Omarion, Chris Brown, Jordin Sparks, Stacie Orrico.

In 2001, Mason collaborated with Victoria Beckham when she went solo with a self-titled album. The record producer provided music to Posh’s single from the album called Girlfriend and other songs on the B-side.

More recently, The Underdogs have been working with S.M Entertainment artists such as Girls Generation, SHINee, and EXO.

The son of the jazz drummer has also dabbled in the movie industry producing movies such as biopic of Aretha Franklin; Respect and Lebron James’ documentary More Than a Game. Another Mason-produced movie Spinning Gold which is currently in the post-production stage and is set to release later in 2020.

Trivia: Mason Jr. is one of the board of directors of the Los Angeles chapter of The Recording Academy and the National Board of Trustees.

In 2018, the songwriter made the news when he sold his Manhattan Beach Home for $5.2 million. The property with an outstanding ocean view covered an area of 5000 square feet.

The house was a three-storied mansion with 5 bedrooms, 6 bathrooms and a common area that sported a fireplace, dining room and a billiards room. He bought the property in 2001 for $2.1 million and turned over a profit of $3.1 million after the sale.

In February of 2019, Mason purchased a 3112 square feet property for $2.4 million. The property consisted of a house with four bedrooms, four bathrooms, an indoor-outdoor living room, and a master suite.

The downgrade on the size of the property compared to the previous estate is made up by the stylish interior of the new residence.

Harvey Jay Mason, Jr. was born on June 3, 1968, to musician Harvey Mason Sr. and Sally Mason in Boston, Massachusetts. When he was still a child, his parents along with him moved to Los Angeles in pursuit of a music career.

He attended the University of Arizona on a basketball scholarship and made it to the final four in 1988. Initially, his dream was to become a basketball player, however, his multiple knee surgeries led him to drop his ambition.

He is married to Jeannine Sharp with whom he shares two kids and the family currently resides in Studio City,  Los Angeles.

Mason’s daughter, Mia Mason who is currently 21, suffered from brain cancer and won after a long battle with the disease.