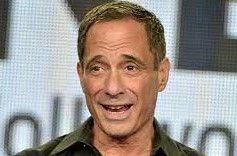 The founder of celebrity news website TMZ, Harvey Levin, 72, is an American television producer, celebrity reporter, former lawyer, and legal analyst. He is also the host of OBJECTified which airs on the Fox News Channel.

In 1982, Levin worked for KNBC-TV and covered legal issues. He then subsequently joined KCBS-TV and worked as a legal analyst for about a decade. One of his notable covering is the O.J. Simpson murder case.

In 1997, Levin was named co-executive producer and on-air legal anchor for The People’s Court. His work made him a Warner Bros. legend. He also created an American news show/nontraditional court show called Celebrity Justice which ran from 2002 to 2005.

He also produced Beyond Twisted which aired for one season in 2009 before being canceled. In 2014, Levin created Famous in 12, an American reality television-social experiment series that experimented in exploiting a family for quick fame.

In 2005, AOL and Telepictures Productions launched TMZ, a tabloid news website, with Levin as the founder and managing editor. The website quickly rose to the spotlight when it broke the story of Mel Gibson’s DUI arrest and subsequent anti-Semitic rant.

The site continued to break numerous high-profile stories including the death of Heath Ledger, abuse of Rihanna by Chris Brown, death of Michael Jackson, and Brittany Murphy.

As per The Los Angeles Times, TMS’s coverage for Michael Jackson’s death was the biggest story of the website to date. For his work, Levin has won nine Emmys.

Did You Know? Harvey Levin is a former member of the California Air National Guard, 146AW, Van Nuys ANG California.

How Rich Is Harvey Levin?

According to Celebrity Net Worth, Harvey Levin is worth $20 million as of Nov 2022. The television personality amassed his wealth from his career as a paparazzi, producer, and legal analyst.

Back in 2013, Harvey listed his Los Angeles, California Spanish style mini-villa with 3-bedroom and 3-bathroom in the market with an asking price of $5.3 million.

Harvey Robert Levin was born on 2nd September 1950 in Los Angeles, California, the United States. He holds American nationality and comes from a Jewish family.

Levin went to Grover Cleveland High School and graduated in 1968. He then enrolled at the University of California, Santa Barbara from where he earned his B.A. in political science in 1972. Levin received his J.D. in 1975 from the University of Chicago Law School.

Levin has been openly gay since April 2010. He is currently in a romantic relationship with a Southern California chiropractor, Andy Mauer.

The duo resided in Los Angeles and own multiple properties together. They have also shared joint-deed listings since the late 1990s and early 2000s.