Skip to content
Home » GOSSIP » Gemma Collins Is Banned From Directing A Company Until 2023 Unpaying Tax £70,000

Gemma Collins Is Banned From Directing A Company Until 2023 Unpaying Tax £70,000 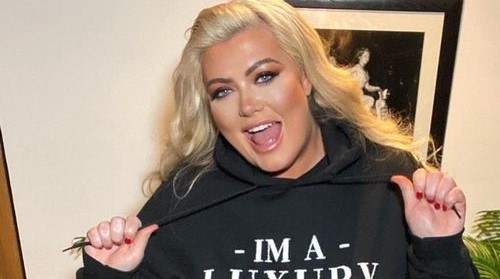 Gemma Collins Banned From Running The Company For Three Years

Under the directorship of Gemma Collins, the company failed to pay tax worth £70,000 ($90 thousand). Now, she is banned from running the company for around three years after, HRMC passed out the order.

A team of investigators deployed by the Insolvency Service disclosed that the 39 years old reality TV star Collins’ business, Gemma Collins Boutique Limited owed over $90 thousand of unpaid tax since 2017.

The probe further revealed that the fashion boutique in Essex had missed all VAT return deadlines.

“Since at least 7 October 2013 until 11 July 2017, the date of liquidation, Ms. Collins caused Gemma Collins Boutique Limited to trade to the detriment of HMRC by failing to ensure it submitted returns and made payments as required for VAT so that as at liquidation, Boutique had an outstanding liability of at least £71,745.04 ($92 thousand) in respect of VAT.”

Recently, in January 2020, Gemma resigned from her position of director from her subsidiary companies, Gemma Collins Limited and Gemma Collins Clothing Limited, just a month ahead of the ban.

According to the source, now her father, Alan Collins, will take over the finances and venture after her boutique went into liquidation.

According to Daily Mail, the aforementioned firms made a profit of around £55,699.

What Is The Net Worth Of Gemma Collins?

Gemma Collins is estimated to have a net worth of $4 million as of 2020.

She mainly gathers her fortune from her successful English TV personality and entrepreneur.