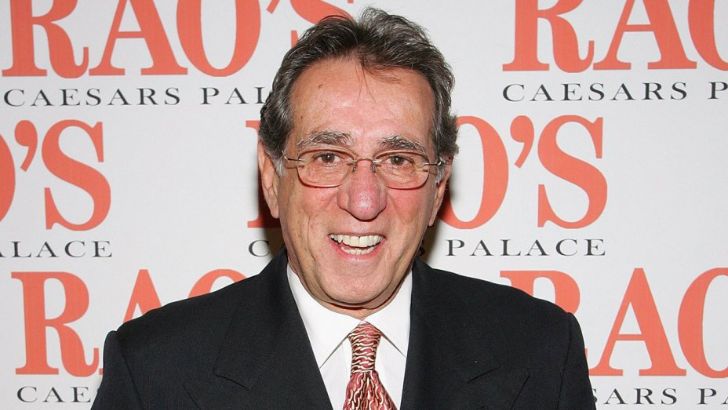 Frank Pellegrino was a businessman as well as an actor; he owned a restaurant called Rao’s, which is located in New York City. Talking about his acting career, he is most known for his appearances in several TV shows, including Friends and Family, Brooklyn Lobster, and Delivering the Goods.

Sadly, he passed away in 2017 after a long battle with cancer. At the time of his demise, his net worth was estimated at $5 million.

Beginning his acting career since the late 80s, the late actor, Frank Pellegrino has a total number of 39 acting credit under his name.

His first TV appearance was in the series, True Blue in 1989. Following this, he acted in several movies; some of his notable roles are in Goodfellas, Manhattan Murder Mystery, Tarantella, New York Undercover, Swift Justice, Law & Order, Big Apple, Law & Order: Criminal Intent, The Sopranos, Beer League, Odd Mom Out.

In 2014, he produced the documentary named, Enquiring Minds: The Untold Story of the Man Behind the National Enquirer.

He was also co-owner of the restaurant Rao’s, which is located in New York City, along with the partner Ron Straci and Frank Pellegrino Jr.

Frank also authored a couple of books related to cooking and recipes. In 1998, he released his first book, Rao’s Cookbook, where he mostly shared about Italian recipes.

After six years, he followed up with his second recipe book, Rao’s Recipes from the Neighborhood. In the book, he mainly focused on East Harlem’s cooking style.

Prior to all the above-mentioned careers, he was involved in the singing group, Holidaes in the 1960s.

Pellegrino married wife Josephine Nicita in 1968. Together, they welcomed two kids: a son, Frank Pellegrino Jr. (who is the managing partner at the restaurant in Las Vegas), and a daughter.

Just like in their vows, they were together until death tore them apart: the couple celebrated five-decades of conjugal life until 2017.

Frank was born on May 19, 1944, in East Harlem, New York, USA. His full name was Frank Joseph Pellegrino. He was the son of a truck driver, Frank and a seamstress, Ida (née Puccillo).

Regarding education, he completed his schooling from Oceanside High School, and later on, graduated from Pace College.