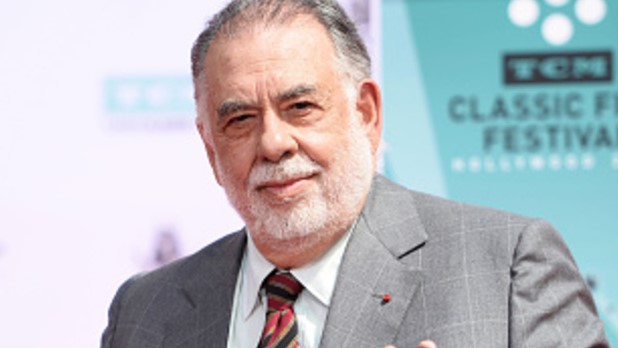 Francis Ford Coppola is one of the biggest directors in history who is credited with some of the best-known movies in cinema history, including The Godfather and The Godfather II. His almost 6 decades in the film industry have made him the premier director in mafia and noir films.

Coppola has won multiple Academy Awards and British Academy Film Awards. He has also been ranked by various sources among the greatest directors of all time. In addition to this, he also was the most important figure in the making putting New York in the modern cinema map.

How Much Is Francis Ford Coppola Worth In 2020?

Francis Ford Coppola’s net worth as of April 2020 is $400 million. He made this net worth primarily as a director and screenwriter.

Coppola went to film school at UCLA when he started directing short films, while in college, he met eventual The Doors frontman Jim Morrison.

In 1962, he came out with Tonight for Sure and The Bellboy and the Playgirls kick-starting his professional career in film.

Earnings From Almost 60 years In Film

As one of the most historically important and beloved directors in the world, Coppola has earned millions for his work over the years.

His salary from the second Godfather film, in which Robert De Niro gave an Oscar-winning performance, was $1 Million. Similarly, he also took home $6 Million from the last of the Godfather films.

Coppola’s earnings from the first Godfather film was measly compared to these as he only earned $175,000 from it.

Francis Ford Coppola is one of the highest-grossing directors of classic cinema. Some of his movies have grossed more than $200 million. Here is a list of the box office collections throughout the years.

Like many of the Hollywood elite, Coppola also has a lot of expensive houses. He used to live in a home in Los Angeles in the 1970s in a mansion, which he later sold. Lindsey Buckingham then moved into the same property.

According to the LA Times, the property sold for around $7 Million in May 2019. The property was bought by the executive producer of shows like “ER, “The West Wing,” and “Shameless,,” John Wells.

Interesting: Coppola bought an Alfa Romeo Giulietta Spider for $2,200 during the initial stages of his career.

The famed director also has other business ventures to go along with his career as a director. He owned a magazine in San Francisco that he bought in the 1970s. The magazine flopped, and the lost $1.5 million on it.

Later he founded another magazine titled Zoetrope: All-Story, which featured some of the most iconic names of show business like David Bowie, David Byrne, Dennis Hopper, Steven Spielberg, etc.

Francis Ford Coppola was born on April 7, 1939, in Detroit, Michigan, the U.S. to Carmine Coppola and Italia Coppola. He grew up with two siblings, Talia Shire and August Coppola, in Woodside, Queens, New York.

As a child, he frequently changed schools and attended 23 schools before graduating from Great Neck High School. He then later attended UCLA Film School.

He is married to Eleanor Coppola as of April 2020, they got hitched on February 2, 1963, and they have 3 children together, Roman Coppola, Gian-Carlo Coppola, and Roman Coppola.