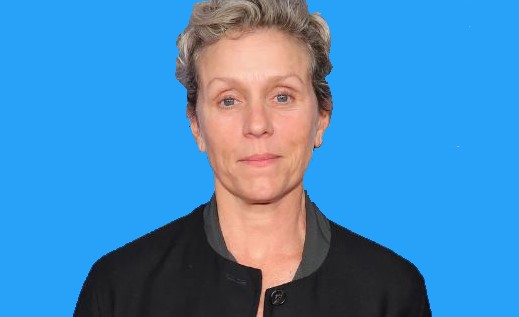 Frances McDormand is an American actress. One of the few distinguished individuals in the film fraternity to have won the holy trinity of the performance arts: the Academy Awards (two times), the Primetime Emmy Awards (two times), and the Tony Awards (once), Frances’ catalog of movies speaks for itself.

The better half of legendary filmmaker Joel Coen — of the Coen Brothers fame, Frances McDormand’s net worth is reported to be $30 million as of April 2020.

Frances McDormand is a student of theatre; a graduate of Yale’s drama school, she made her professional debut in the play In a Fine Castle  (A.K.A The Last Carnival) for the MacArthur Foundation.

Her feature film debut came in the 1984 crime-drama-thriller Blood Simple, which also marked the directorial debut of her husband, Joel Coen and his brother Ethan Coen (in their first collaboration as the Coen Brothers).

The Coen-McDormand collaboration would be a common theme throughout McDormand’s career; she went on to appear in much of the Coen Brothers’ movies, including  Raising Arizona, Fargo, The Man Who Wasn’t There, Burn After Reading, and Hail, Caesar!

She was nominated for her first Academy Award in the 1988 crime-thriller, Mississippi Burning.

She went on to land her second nomination and first win at the Academy Awards in the Best Actress category as the Police Chief Marge Gunderson in Fargo.

She concurrently furthered her career in theatre and played Stella Kowalski in the stage adaptation of A Streetcar Named Desire, landing a Tony Award nomination in the process.

McDormand would go on to be nominated for three additional Academy Awards throughout the 2000s, namely in the movies Almost Famous (2001), North Country (2006), and Three Billboards Outside Ebbing, Missouri (2018); she took home her second Academy Award for the latter.

McDormand continued to be a force on the small screens as well and went on to win two Primetime Emmy Awards for her performance as the titular character in the HBO miniseries, Olive Kitteridge.

With her 2011 Tony Award win for the stage play, Good People, McDormand became one of the few people in the film fraternity to have won the “Triple Crown of Acting”: the Academy Awards, the Emmy Awards, and the Tony Awards.

Frances McDormand was born Cynthia Ann Smith on June 23, 1957. Her biological mother gave her up for adoption, and she became the youngest of three to be adopted by Canadian-born Disciples of Christ pastor Vernon McDormand and nurse/receptionist Noreen Nickelson. They legally had her name changed to Frances Louise McDormand, and that is how she would be known.

Her father’s pastoral duties had his family move all across the country, but they settled in Monessen, Pennsylvania, where Frances attended Monessen High School.

She graduated in 1975 and subsequently attended Bethany College in West Virginia where she graduated from in 1979 with a Bachelor in Arts degree in Theatre. She then pursued her Master in Arts – Theatre degree from the Yale School of Drama and graduated in 1982.

Frances has been married since 1984 to filmmaker Joel Coen — of the legendary Coen Brothers fame.

Joel was responsible for giving Frances her first big break. She had her first starring role in the 1984 crime-drama thriller, Blood Simple — a movie the Coen Brothers directed. Twelve years later, McDormand won her first Academy Award for Marge Gunderson in Fargo — another Coen Brothers movie.

They legally adopted a six-year-old boy from Paraguay in 1995: Pedro McDormand Coen. They split their time between living in New York City and Bolinas, California.