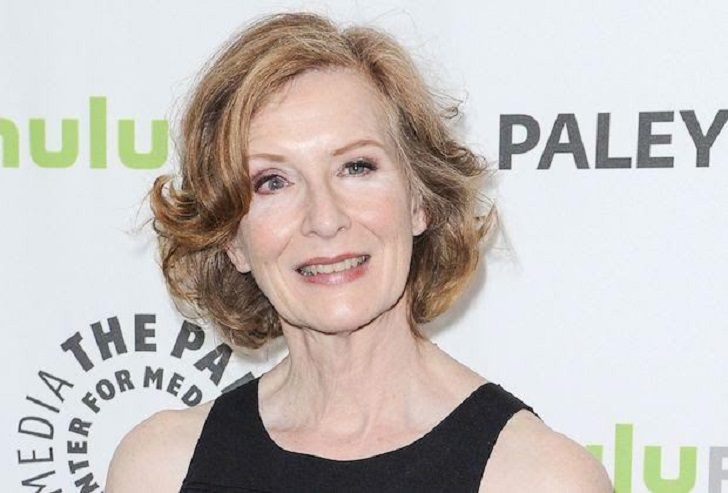 Frances Conroy who recently justified the role of Penny Fleck in the Joker’s origin movie, Joker as the schizophrenic mother of the title character played by Joaquin Phoenix, is an American actress, active over the last five decades.

She is also known for playing Ruth Fisher on the American drama series Six Feet Under and Loretta Stinson in the sitcom How I Met Your Mother. Conroy is a one-time Golden Globe Award Winner and three-time Screen Actors Guild Award winner.

How Much Is Frances Conroy’s Net Worth?

Frances Conroy is an active figure in Hollywood with frequent appearances on both television and the big screen. Starting her career in 1978, she currently has $4 million worth of fortune gathered in her name.

Frances first appeared in the 1979 Woody Allen movie, Manhattan as a Shakespearean actress and later made her debut on Broadway with Edward Albee’s The Lady From Dubuque.

She kept her screen appearances continuous with supporting roles for the next two decades with roles in movies such as Falling in Love, Other Women, Dirty Rotten Scoundrels, Crimes and Misdemeanors, Scent of Woman, Maid in Manhattan, and The Adventures of Huck Finn among many more.

In 2001, Conroy found her big break as Ruth Fisher in the drama series Six Feet Under working with Peter Krause, Michael C. Hall, and James Cromwell. The actress was a regular cast member in all five seasons of the series consisting of 63 episodes.

During her run as Ruth Fisher, she began getting attention from Hollywood moviemakers and got major roles in movies such as Catwoman which starred Halle Berry in The Aviator that starred Leonardo DiCaprio, Cate Blanchett, and Kate Beckinsale in 2004.

The rest of her 2010s was occupied by guest appearances in TV series and minor roles in movies with her most prominent role being Loretta Stinson, mother of Barney Stinson played by Neil Patrick Harris in How I Met Your Mother for which she earned $25,000 to $30,000 per episode.

She was paid $40,000 per episode for her appearances in the American Horror Story series.

More recently, Frances played the role of Penny Fleck in the Joker movie. She portrays the mentally disturbed mother of Joker played by Joaquin Phoenix. The the TheJoker movie brought in $1.069 billion at the box office over a budget of $70 million.

Conroy is also the voice of Martha Kent, mother of Superman in the DC Universe Animated Original Movies. All-Star Superman (2011) and Superman: Unbound (2013) featured her in this role after her voice acting in the animated movie Tom and Jerry and the Wizard of Oz.

Frances Conroy was born on November 13, 1953, to Ossie Hardman and Vincent Paul Conroy who were both business executives in Monroe, Georgia. Her family is of Irish descendent.

She attended Dickinson College in Carlisle, Pennsylvania before moving to New York to study drama in Juilliard School. She was a member of Juilliard’s Drama Group along with Kelsey Grammer and Robin Williams.

Conroy has been married to actor Jan Munroe since 1992, whom she met while both of them were struggling actors. The couple has been together for 28 years; however, they don’t have any children.

Did You Know? In 2014, a fan page post discussed her right eye is slightly bigger than her left eye and didn’t resemble each other in color. Later it was revealed that the actress was involved in a car accident causing damage to her right eye for which she had to undergo a major operation. The details about the car crash are still vague.