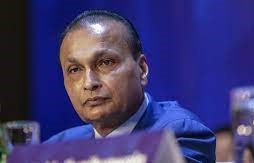 When rich people and celebrities get sued for money, we find it very hard to believe, don’t we? 63-year-old multi-millionaire Indian businessman Anil Ambani was dragged to court after three Chinese banks sued him for $680 million unpaid loans. Well, this isn’t the first time Ambani got into trouble.

Read down below to find out more.

How Many Loans Was Taken By Anil Ambani?

In 2012, The Industrial and Commercial Bank of China, China Development Bank, and the Export-Import Bank of China provided $925.2 million loans to Anil Ambani’s firm, Reliance Communications.

The condition that he provided a personal guarantee as per ICBC’s lawyer, Bankim Thanki. Some amount from the loan was repaid by the wireless carrier; however, in February 2017, it defaulted on its payment obligations.

As per sources, Hasit Shukla, Reliance’s commercial & treasury head, signed a personal guarantee on Anil’s behalf by a power of attorney seven years ago when the loan was set up.

The Indian business tycoon says that while he agreed to give a non-binding personal comfort letter, but he never gave a guarantee tied to his own assets.

In February 2017, the three banks sued Anil Ambani for a balance of $680 million. The Industrial & Commercial Bank of China is asking the presiding judge to order Anil to pay up the loan.

In their press statement, they said: “This is a straightforward debt claim to recover outstanding loans made to RCOM in good faith, and secured by a personal guarantee given by Mr. Anil Ambani.”

The multi-millionaire is facing a hard time as the loan is twice more than his current net worth of $300 million. The Ambani family is yet to comment on the matter.

Well, Ambani is not new to money trouble. India’s Supreme Court warned anil that he could be facing jail for over 5.5 billion rupees he owed. Ambani was given a month to find the money. However, his billionaire brother Mukesh Ambani ended up paying off the loan himself.

As per India Today, Anil Ambani resigned as the director of Reliance Communications on 16th November 2019.

How Rich Are The Ambani Brothers?

According to Celebrity Net Worth, Anil Ambani is currently worth $400 million. On the other hand, Forbes estimated his net worth at around $2 billion in 2022.

The 60-year-old businessman was one of the wealthiest people in the world, with a net worth of $42 billion a decade ago.