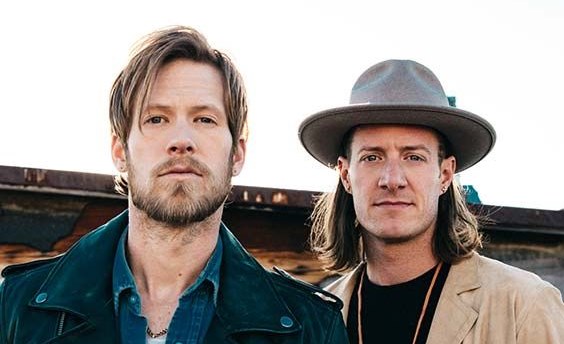 Florida Georgia Line is the country music duo consisting of musicians Brian Kelley and Tyler Hubbard. Formed in 2010, the duo was thrust into the spotlight with their 2012 single, “Cruise“, which at one point, held the record for the best-selling digital country song in history.

The duo, between themselves, are believed to possess a combined net worth of $50 million. In this article, we highlight their meteoric rise to stardom and breakdown the source behind their prodigious net worth.

Florida Georgia Line was formed in 2010 by fellow music enthusiasts Brian Kelley and Tyler Hubbard. Their first album was a self-produced EP, titled Anything Like Me (2010).

Their second EP, 2012’s It’z Just What We Do, was produced by Joey Moi –who has worked for the rock band, Nickelback — under his Big Loud Mountain Records.

When their single, “Cruise” off of their second EP started getting airtime and performing well on Apple‘s iTunes Store, major labels clamored to sign the duo.

They signed with Big Machine Label Group‘s sister label, Republic Nashville, later that year. Under the label, they released their first studio album, Here’s to the Good Times, on December 4, 2012.

The full-length record was one of the best-selling albums of 2013, outperforming Katy Perry and Drake, among others. The re-released single, “Cruise“, featuring rapper Nelly, became their biggest hit, peaking at #4 on the US Billboard Hot 100.

It also held the distinction of being the best-selling digital country song in history (selling over 10 million copies) before being surpassed by country singer Sam Hunt‘s 2017 single, “Body Like a Back Road“.

They have since gone on to release three additional studio albums, namely: Anything Goes (2014), Dig Your Roots (2016), and Can’t Say I Ain’t Country (2019). They have also released two additional EPs, a compilation album, four featured singles, and 27 additional charted singles.

Florida Georgia Line was formed in 2010 in country music central, Nashville, Tennessee when Florida-born Brian Kelley and Georgia-born Tyler Hubbard — both music enthusiasts — decided to move from covering songs to creating them.

The duo had met in 2008 while both attending Belmont University and the same college prayer group. Besides their shared religious values, they also shared the same taste in music. They decided to give music a try and started living together, working in menial jobs on weekdays, and performing in bars on the weekends.

They independently produced and distributed their debut album, Anything Like Me EP.  They were scouted by music producer, Joey Moi, and the trio entered the studio together, where their second EP, It’z Just What We Do, was produced.

They were soon signed by a major record label when their “Cruise” gained airtime, and the rest is history.