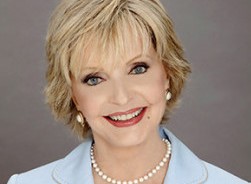 Florence Henderson was an American actress and singer who was worth $10 million at the time of her death, aged 82. One of the most prolific names in the entertainment industry, Florence had been a performer since 1952 and was still active right up until she passed away in 2016.

Net Worth Breakdown Of Florence Henderson

Florence Henderson started singing since she was 2 and was doing so for an audience by age 12.

She got her professional start by appearing in musicals on-stage at the Lincoln Center.

She made her Broadway debut in 1952 in the play Wish You Were Here and had a long-running starring role in the musical, Fanny.

Her breakthrough role came in 1969 as part of the ABC sitcom, The Brady Bunch. She had a long stint as the Brady family matriarch, Carol Brady, until 1974.

She went on to appear in many talk shows and variety TV shows over the years, including The Price Is Right and Dancing with the Stars.

The table below shows the box office earnings of her most successful movies:

In November 2002, Henderson and her then-husband, John George Kappas, dropped $1,020,000 to purchase a home in Marina del Rey, California.

The 3,237-square-foot three-bedroom-three-bathroom home was perfect for Florence and John as it was a stone’s throw away from the marina who were avid sailors. Prior to purchasing the house, the couple lived on a boat for years.

The home also had a master suite with a fireplace, a library, and a rooftop deck.

After Florence passed away, the house was put on the market and went up for sale in November 2017 for $2.275 million.

Florence Henderson was born Florence Agnes Henderson on February 14, 1934, in Dale, Indiana. One of ten children born to tobacco sharecropper, Joseph Henderson, and his wife, Elizabeth Elder, Florence learned to sing at age 2, under the tutelage of her mother.

Florence attended St. Francis Academy in Owensboro, Kentucky, and upon graduation, moved to New York and enrolled in the American Academy of Dramatic Arts.

Florence was married to producer Ira Bernstein from 1956 to 1985. They tied the knot on January 9, 1956, and had four children together: Barbara Bernstein, Joseph Bernstein, Bob Bernstein, and Elizabeth Bernstein.

While married to Ira, rumours began circulating of Florence’s affair with the-then mayor of New York City, John Lindsay. It is unclear whether that or something else had to do with her divorce to Ira, but they separated, nonetheless.

Florence married for the second time to Dr. John George Kappas, a hypnotherapist who had treated her for her anxiety and depression in the mid-1980s. They got married on August 4, 1987, and might have stayed married had John not passed away on September 26, 2002.

Florence died on Thanksgiving Day, November 24, 2016, at the age of 82, of heart failure. She had been admitted to the Cedars-Sinai Medical Center in Los Angeles, California, a day prior.

As per her will, she was cremated and the remains interred at the Westwood Village Memorial Park Cemetery in Los Angeles, where she rests to this day. She is survived by her four children.