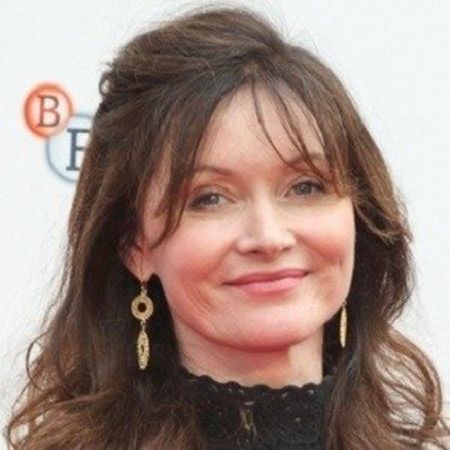 Essie Davis is an Australian actress and singer widely known for playing the role of Phryne Fisher in Miss Fisher’s Murder Mysteries and its film adaptation Miss Fisher & the Crypt of Tears. She has also notably portrayed Amelia Vanek in The Babadook, Lady Crane in Game of Thrones season 6 and Sister Iphigenia in Lambs of God.

Essie Davis was born on January 7, 1970, in Hobart, Tasmania, Australia. She is the daughter of Mary Davis and George Davis, who is a local artist. She is of Australian nationality and belongs to white ethnicity.

She has studied at Clarence High School and Rosny College. She then attended the University of Tasmania and NIDA (the National Institute of Dramatic Art) in Sydney.

She made her film debut with a role in the Australian film, Dad and Dave: On Our Selection, alongside Geoffrey Rush, Joan Sutherland and Leo McKern, in 1995.

She then appeared in The Matrix Reloaded, The Matrix Revolutions, Girl with a Pearl Earring and The Sound of One Hand Clapping.

In 2018, Davis appeared as Phryne Fisher in the popular TV series Miss Fisher’s Murder Mysteries and its film adaptation Miss Fisher & the Crypt of Tears.

Her other notable roles are in The Babadook, Game of Thrones, Lambs of God and True History of the Kelly Gang.

Essie Davis has earned a huge amount of money from her movie and television career but the actress, 50, has not disclosed her total fortune to the public.

However, some online sources have reported Davis’ total net worth to be around $2 million. She is living a lavish lifestyle in a luxurious house.

As for the relationship status of Essie Davis, she is a married woman. The veteran actress has been married to an Australian film director, Justin Kurzel.

The couple walked down the aisle in 2002 and the husband-wife duo are living a blissful life together ever since. They are parents of adorable twin daughters Stella Kurzel and Ruby Kurzel, 14, who were born in 2006.