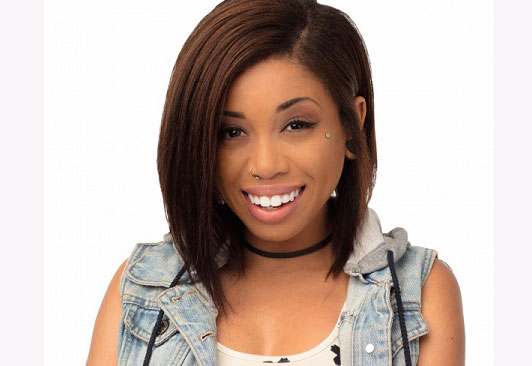 Ericka Bozeman is a rising American former Twitch star and YouTube personality who has appeared on the Smosh network of channels alongside Amra Ricketts and Damien Haas. The host of Big Mood podcast has also appeared on the JKFilms network.

Ericka Bozeman was born on 4th February 1992 and is 28 years old, as of 2020. She grew up in Virginia, the United States of America, and later moved to Los Angeles.

The Twitch star did not reveal the name and details of her parents; however, she was raised with two siblings; a brother and a sister.

The rising star is yet to reveal information on her educational background, childhood, and early life.

Likewise, the 4 feet 11 inches tall personality appeared on weekly series like Board AF, Game Bang, and The Show w/ No Name.

During its tenure, Ericka served as the host of Smosh Games Live. Similarly, she has hosted parody court drama series, Smosh & Order, and even got featured on its numerous episodes.

READ: Larry the Cable Guy Is A Millionaire? Net Worth, Lifestyle, Movies

On 12th January 2019, Ericka took her Twitter to confirm that she has retired from an internet career and is currently focusing on her marketing profession. She now serves as the head of her department in a digital marketing company.

Ericka belongs to the group of celebrities who prefer keeping their personal life away from the media. The former Twitch streamer has not disclosed anything related to her private life, including her current relationship status and dating history.

In one of the videos, Boze mentioned that she does not want children. Likewise, she also claimed of not liking animals, cats, and dogs.

Ericka is keenly interested in learning, particularly mathematics and history. During her free time, she visits museums and graveyards.

She is domestic and enjoys cooking, sewing, and cooking. She is a huge fan of Shakira and Ricky Martin and loves to listen to Kanye West and Kenny G.

Ericka dreams of being a Centenarian.

How Much Is Ericka Bozeman’s Net Worth?

Working as a social media personality and currently busy as a digital marketing manager, Ericka has collected a huge amount of money.

The very secretive Ericka did not mention the exact figure of her net worth; however, some sources claim it to be around $1 million. She also collected a considerable amount of money from endorsements.