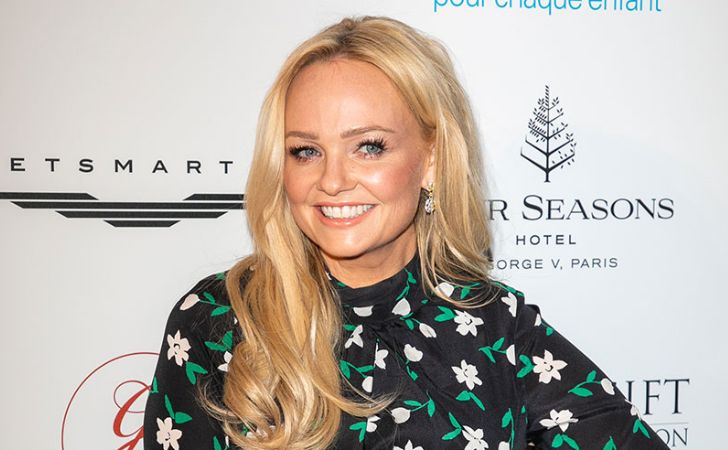 How Much Is Emma Bunton’s Net Worth?

Emma Bunton aka Baby Spice is a singer, songwriter, actress, and radio & television personality. She rose to stardom as a member of the former girl band Spice Girls.

The girl band became one of the best selling female group of all time with over 85 million records sales. They released albums like Spice, Spiceworld, and Forever with hits songs like Wannabe, Say You’ll Be There, 2 Become 1, Viva Forever, and more. As of 2022, Emma’s net worth is estimated at around $30 million.

Professionally active since 1994, Bunton sure has earned an impressive amount of money from her career. As per Celebrity Net Worth, Emma has a net worth of $30 million as of 2022. Her main source of income is her multiple careers as a singer, songwriter, model, and TV personality.

Bunton’s professional career began when she got selected alongside Mel B, Geri Halliwell, Victoria Beckham, and Melanie Chisholm to form a girl band, Spice Girls.

They signed with 19 Entertainment’s Simon Fuller on March 1995 and worked with him until they got signed by Virgin Records in September 1995. They released their debut single titled Wannabe on 8th July 1996 in the UK which peaked at no.1 in 37 different countries.

The girl band released their debut album, Spice, on 9th September 1996 by Virgin Records. Their first album was a huge success debuting at no.1 in 17 countries and getting certified multi-platinum in 27 countries.

They released their second studio album titled, Spiceworld on 1st November 1997. The album includes singles like Spice Up Your Life, Too Much, Stop, and several more which sold over 20 million copies worldwide. The Spice Girls were also starred in their movie titled, Spiceworld: The Movie. Not only their albums but their movie was also a commercial success grossing $100 million worldwide.

However, after a few years, Spice Girls members focused more on their solo career. Emma released her solo album titled, A Girl Like Me on 16th April 2001 in collaboration with Virgin Records. The album sold 21,500 copies in its first week and debuted at no.4 on the UK Albums Chart.

She released her second studio album, Free Me with 19 Recordings on 9th February 2004. The album was produced by Yak Bondy, Mike Peden, Cathy Dennis, and Luis Fonsi. The album includes singles like Maybe, I’ll Be There, Crickets Sing for Anamaria, and others.

Moreover, Bunton worked as the co-host of her Heart Breakfast alongside Jamie Theakston from January 2013 to December 2018. She has also appeared in several films like Zoolander, Chocolate, Absolutely Fabulous: The Movie, and more.

Like the similar manner, Emma also guests appeared in TV shows like Absolutely Fabulous, The X Factor, Lorraine, Murder in Successville, Not Going Out, and many more.

Emma is a worldwide popular celebrity of all time, all thanks to her career. She has endorsed several popular and expensive brands and receives a decent amount of money through her sponsorship deals.

In 2011, Emma collaborated with Argos, British retailer to launch a series of children wear lines.

Emma is followed by millions on her social media accounts. She has 1.23 million followers on Twitter, whereas, 1.1M on Instagram as of July 2019. According to Influencer, she can earn at the range of $2,231 to $3,718 per paid post from Instagram.

Baby Spice surely owns a million-dollar mansion and expensive cars in her collections.

In 1999, she lived in a penthouse worth of $2 million in Mount Vernon Village, in London, however, moved out of there to Barnet, London due to some problems with neighbors.

She is reported to reside in a million-dollar mansion in London where the median house price starts from $571,364.

Similarly, her tax payment and insurance details are not out yet either.

In 1999, 2001, and 2003, Bunton was one of the donors of Nordoff-Robbins, a charity campaign focused on therapy for children with psychological or physical disabilities. Similarly, in 2001, Emma donated $625,125 to music and performing arts charities.

In 2013, Emma was involved in the UNICEF’s campaign Every Parent’s Dream, which was to raise money for a vaccine against maternal and newborn tetanus. Moreover, in April 2015, she teamed with Specsavers to launch a contest where each entry would generate $1.25 to anti-bullying charity Kidscape to help vulnerable children.

Emma has been linked with several popular faces of the industry. She is a mother of two children and fiancee to British singer turned chef, Jade Jones. The duo first started dating in 1998 and split in May 1999. They reconciled in November 2000 until March 2002.

The couple got back together for the last time in 2004 and stabilized. They welcomed their first child, Beau Lee Jones on 10th August 2007. Emma and Jade got engaged on 23rd January 2011 and welcomed their second child, Tate Lee Jones the same year in 6th May.

Apart from this, Bunton is linked with celebrities such as Lee Brennan, Leonardo DiCaprio, Rio Ferdinand, and Justin Timberlake throughout her past.