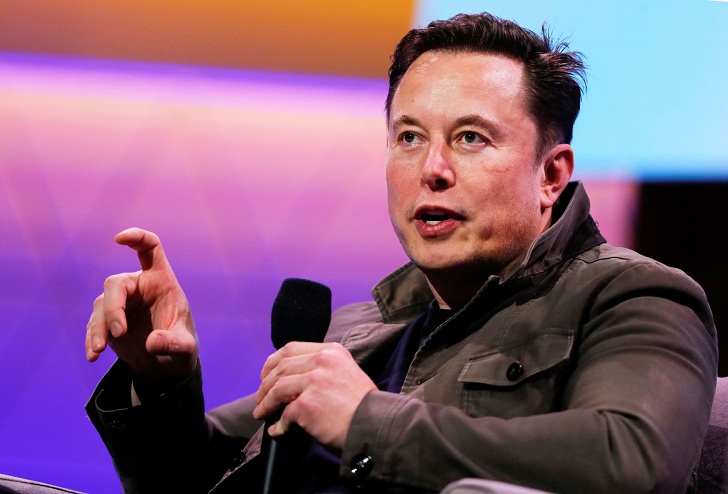 What Is The Net Worth of Real-Life Tony Stark Elon Musk?

Elon Musk is a technology entrepreneur, investor, and engineer with a net worth of $193 billion as of 2022. He is best known for being the founder and CEO of SpaceXand co-founder, CEO and product architect of Tesla Inc.

Net Worth Details: His Salary, Income Sources And Earnings

Musk began his business career in 1995, when he dropped out of Stanford University to launch his web software company, Zip2. Compaq acquired the company for $307 million in 1999 with Musk receiving 7% share from the sale amounting to $22 million.

In March of the same year, Musk used the money from zip2 sale to start another company, x.com, which was later renamed to PayPal. Musk assumed the post of CEO until 2000. The company was acquired by ebay in October of 2002 for $1.5 billion in stock. Musk holding 11.7% of the company’s shares was the largest shareholder. He received $165 million from the sale.

In 2001, Musk founded Mars Oasis, a company aimed at landing a miniature greenhouse on Mars to pique public interest on space exploration. The company would go through phases and ultimately turn into SpaceX with the goal of turning humanity into a truly spacefaring civilization. SpaceX started developing rockets and released its first 2, Falcon 1 (which became the first liquid-fueled private rocket to launch a satellite into Earth’s orbit)and Falcon 9 and its first spacecraft, the Dragon.

Upon Musk’s belief that the next step of evolution in rockets would be to make them reusable, SpaceX started working on Falcon Heavy which successfully landed on a launchpad, the first of its kind to achieve such feat. In 2018, SpaceX launched Falcon Heavy, the fourth highest-capacity rocket ever built and the most powerful rocket of the year carrying Musk’s Tesla Roadster into orbit as a dummy load. SpaceX is currently valued at $33 billion, being the largest private rocket manufacturing company in the world.

Musk joined Tesla inc. in February of 2004, joining its board of directors as its chairman. Following 2008’s financial crisis, Elon assumed leadership and the role of CEO, a position he holds to date. Tesla released its first electric car, the Roadster in 2008. Then model X and Model S were released in 2011 and 2012 respectively. Musk owns 22% of the company.

These are the Tesla Models specifications:

He also announced OpenAI, a non-profit company for AI research in 2015 that works with Neuralink ( 2016) and aims to integrate artificial intelligence into human brains. He also started The Boring Company which builds tunnels for vehicles to pass without traffic jams.

He appeared on The Joe Rogan Show, mainly talking about AI. In the interview, Rogan passed a blunt to Elon which he took a puff of. He received some media backlash for it which later simmered down.

Musk deleted his Instagram stating that he didn’t enjoy it. On one of his tweets he said:

Being the founder of Tesla, it should come off as no surprise that he owns several Tesla cars. Besides his Teslas, he owns a few:

Musk is the founder of his own Musk Foundation which focuses on providing solar energy in disaster areas. Musk has been involved with children’s education.

He has donated $15 million to XPRIZE foundation’s Global Learning program that aims to “empower children to take control of their learning” He also donated solar panels and batteries to victims of the hurricane in Puerto Rico along with $250,000 for relief. He has pledged 50% of his net worth to The Giving Pledge, a commitment introduced by Bill Gates and Warren Buffet.

Although being a self-claimed independent; half republican and half democrat, Elon has endorsed Andrew Yang in the upcoming Presidential elections.

Elon Musk was born on 28th June 1971, in Pretoria, South Africa, to parents Maye Musk and Errol Musk. His mother was a dietitian and his father was an electromechanical engineer, sailor and pilot. He has a younger brother and a younger sister Kimbal and Tosca. After his parents’ divorce in 1980, he lived mostly with his father upon his own choice but later said that it was a mistake claiming his father as ‘a terrible human being’.

He was an avid reader in his childhood and by the age of 10 was deep into computer science. He sold his first BASIC-based video game at age 12 to a magazine for $500. Musk was severely bullied throughout his childhood and once was thrown a flight of stairs until he lost consciousness. He attended Pretoria Boys High School before moving to Canada against his father’s will.

At the age of 17, Musk moved to Canada and attended Queen’s University. He got a Canadian passport and traveled to the University Of Pennsylvania and graduated with a bachelor’s degree in Economics. He stayed there to study physics. After leaving Penn, Musk headed to Stanford University to pursue a degree in energy physics but later dropped out after 2 days to start his own company.

Elon met his first wife, Canadian author Justine Wilson while they were both students at college. They married in 2000 and got divorced in 2008. Their first child died after 10 weeks of birth. Later, the couple had 5 sons, first twins then triplets in 2004 and 2006. The couple share the custody of all their children.

Elon then began dating English actress Talulah Riley and in 2010, the couple married. In 2012, Musk announced that the couple had ended their 4 year relationship tweeting: “It was an amazing four years. I will love you forever. You will make someone very happy one day.”

Musk also dated American actress Amber Heard in 2016 but after a year of dating, the couple separated due to conflicting schedules. Musk is currently dating Canadian musician Grimes.