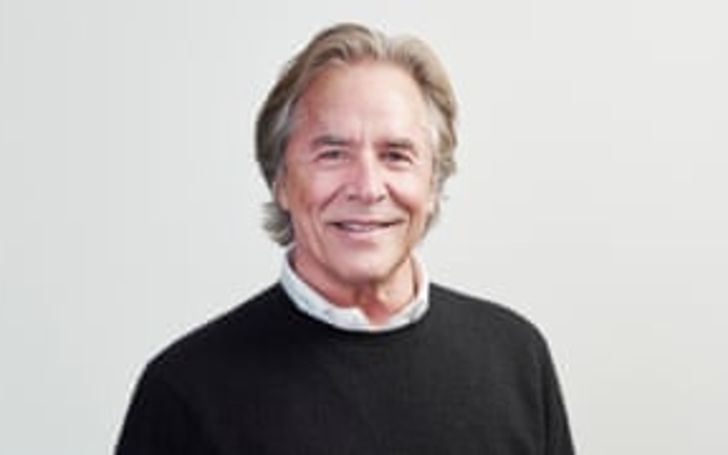 Best known as James “Sonny” Crockett in Miami Vice, Don Johnson is an American actor, producer, director, singer, and songwriter. He is also well-known for his role in the 1990s cop series Nash Bridges where he played Inspector/Captain Nash Bridges.

He earned his first major role in the 1969 stage production of Fortune and Men’s Eyes. Some of his other notable film work credits are Harley Davidson and the Marlboro Man, Goodbye Lover, Cold in July, Alex of Venice, and Book Club.

What Is The Net Worth Of, Don Johnson?

According to Celebrity Net Worth, Johnson is estimated to own net worth of $40 million as of 2020.

He amassed his multi-million dollar fortune from his successful career as an actor, producer, director, and singer.

Sources claim that Johnson received $150k per episode for his role in the first season of Nash Bridges.

The 70-year-old actor owned a gated estate in Santa Barbara which sits on 2.76 acres of land. The house featured a 4-bedroom, 8-bathroom, 1-bedroom guest apartment, a swimming pool, a gym, and an outdoor wood-burning fireplace.

The actor purchased the property for about $12.5 million in 2013 and listed the mansion for $14.9 million after a year.

He then purchased a 1-bedroom, 1-bathroom property in Montecito which also features a 2-story guesthouse, an organic vegetable garden, a gym, a media room, and a glass solarium.

Don has appeared in many successful movies and TV shows. While some have tanked at the box office, some have performed very well.

Here are some of his successful movies with their earnings.

A Short Biography Of Don Johnson

Donald Wayne Johnson was born on 15th December 1949 in Flat Creek, Missouri, the United States of America to Wayne Johnson and Nell Johnson. He is of American nationality and has White-Caucasian ethnic descent.

Don went to Wichita South High School where he got involved in the theatre programs and graduated in 1967. He then enrolled at the University of Kansas with a theatre major; however, he dropped out after one year. He then relocated to San Francisco and attended the American Conservatory Theater.

Who Is Johnson Married To?

The Miami Vice actor is currently married to Kelly Phleger, who is a San Francisco socialite and a school teacher. The couple exchanged their wedding vows on 29th April 1999 at the Pacific Heights of Ann and Gordon Getty.

Previously he was married to actress Melanie Griffith. They got engaged on her 18th birthday and tied the knot on 8th January 1976. However, their marital life ended the same year in July.

The couple reunited in 1989 and remarried on 26th June. Together they welcomed daughter Dakota Johnson on 4th October 1989. They remained married until 1996 and separated for good.

Did You Know? Don’s first and second marriage was annulled.

Johnson made his acting debut in 1969 from the stage production of Fortune and Men’s Eyes. He made his film debut from the 1970 film The Magic Garden of Stanley Sweetheart.

His early film works are Zachariah, The Harrad Experiment, Lollipop and Roses, and A Boy and His Dog.

Johnson made his breakthrough from the 1996 CBS-TV police drama series Nash Bridge where he portrayed the title character alongside Cheech Marin, James Gammon, and Jodi Lyn O’Keefe. He played Captain Nash Bridges for five years until 2001.

In 2012, he played the supporting role of Spencer “Big Daddy” Bennett in the Quentin Tarantino film Django Unchained. Likewise in 2015, he began starring in the ABC prime-time soap opera Blood & Oil as Hap Briggs.

Some of his recent television series credits are From Dusk till Dawn: The Series, TripTank, A Series of Unfortunate Events, Sick Note, LA to Vegas, and Watchmen.