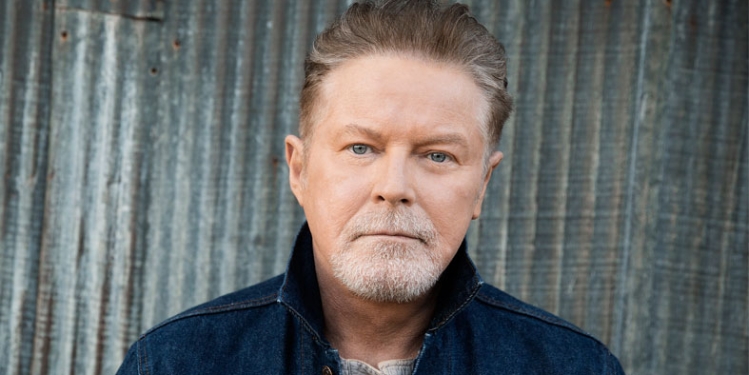 Don Henley is an American singer, lyricist, and producer best known as the founding member of the band Eagles. He was the co-vocalist and the drummer of the band from 1971 until the band’s breakup in 1980.

The three-time Grammy Awards-winning singer is best known for singing hits like Hotel California, Best of My Love, Life in the Fast Lane, One of These Nights, and Get Over It, to name a few.

What is Don Henley’s Net Worth?

The MTV Music Video Awards-winning musician has an estimated net worth of $210 million dollars which he accumulated entirely from his musical career which began in 1970.

The Eagles founder resides in Dallas, Texas where he owns a 16,000 sq ft home which has an estimated value of $11.8 million.

Don is a supporter of the Democratic Party and has donated over $680,000 to political candidates since 1978.

Henley was arrested from his home on 21st November 1980 when he was found with two minor girls in possession of cocaine. He was fined $2,500 and put on a two-year probation.

Prior to founding Eagles, Don Henley and Glenn Frey where touring members of Linda Ronstadt‘s backup band. During the tour, the duo decides to start their own band, and Eagles were formed in 197 along with Randy Meisner and Bernie Leadon.

Don Henley is best known for singing songs like Hotel California, Desperado, Best of My Love, Witchy Women, and many others.

He was born as Donald Hugh Henley on 22nd July 1947 in Gilmer, Texas in the United States to Hughlene Henley and C. J. Henley.

The 72-years-old musician is married to Sharon Summerall since 1995. Together they have three children; a son and two daughters. Don lives in Dallas Texas along with his wife and his kids.

He has been in relationships with Loree Rodkin, Lois Chiles, Cathy Lee Crosby, Stevie Nicks, Maren Jensen, and Patty Smith to name some.

Earnings from Sale of Records