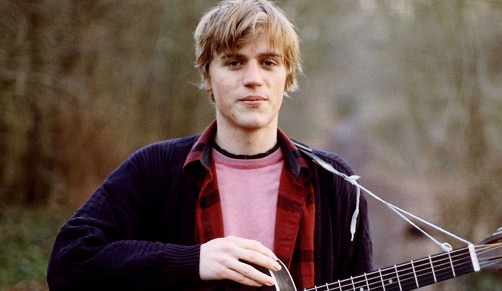 Johnny Flynn is a English singer-songwriter, musician, and actor who famous as the lead singer and songwriter of band Johnny Flynn & The Sussex Wit. As an actor, he has appeared in movies like Crusade in Jean, Song One, Beast, Stardust, and television series like Kingdom, Brotherhood, Holby City, Les Miserables, Genius, among others.

Do you know the 37 years old singer tied the knot with the one who is his first kiss? Yes, just like in the fairy tale. Scroll down to know more about Johnny Flynn’s married life and children:

English musician Johnny is a married man. As of now, he is living a healthy marital life with wife Beatrice Minns.

To start from the beginning; the pair first met while they were only sixteen years old. Opening up much about their first met, Johnny claimed that they were so shy at the starting of their relationship that they could barely hold hands.

Johnny and Beatrice were good friends for a long time before they started dating. They shared their first kiss by the lake. After dating briefly, the couple tied the knot in 2011.

Now, they are married for around nine years and going strong ever before. There are no any issues of the duo’s divorce or separation issues broadcasted in the media.

Johnny and Beatrice, who maintain a low-key profile, are parents to three young children. His eldest kid, son Gabriel, is nine years old, Ida is four years old, and the younger one is almost two years old.

Johnny Flynn, whose full name is John Patrick Vivian Flynn, was born on 14th March 1983. The 37 years old singer was born in Johannesburg, South Africa, to father Eric Flynn and mother, Caroline Forbes. His father is a famous British singer and actor.

Johnny has a younger sister, Lillie Flynn. He also has three half-siblings from his father’s first marriage. His both half-brothers Jerome Flynn and Daniel Flynn are actors, whereas his half-sister name is Kerry Flynn.

Net Worth And Career

The actor started his professional acting career in 2005 appearing in the television series, Murder in Surburbia, in the role of Josh Egan. His other television appearances are Holby City, Lovesick, Brotherhood, Vanity Fair, Genius, Detectorists, and others.

Likewise, Johnny has appeared in movies like Crusade in Jeans, Song One, Emma, Clouds of Sils Maria, Stardust, Beast, A Smallholding, Lotus Eaters, and others.

As a singer, he has released numerous albums like A Larum, Been Listening, Country Mile, Sweet William EP, A Film Score of a Bag of Hammers, Live in Washington DC, Sillion, and others.