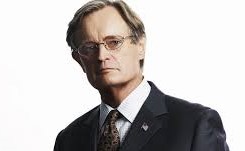 David McCallum, a Scottish-born actor got his career breakthrough after portraying Illya Kuryakin in The Man from U.N.C.L.E. (1964- 1968) & even received 2 Emmy Awards nominations.

Since 2003, he plays Dr. Donald “Ducky” Mallard in the TV series NCIS, which aided in fortune growth as well as fame. Professional since 1947, the veteran actor records 133 acting credits so far, & also has released 4 albums with Capitol records.

Initially a theatre electrician’s assistant, McCallum journey transition from BBC voice-over to a successful acting career, indeed has earned him a hefty fortune.

According to Celebrity Net Worth, 86-year-old David McCallum, who is still active in the acting industry, has a net worth of $10 million as of March 2020.

Moreover, McCallum has worked in movies like A Night to Remember (1958), Billy Budd (1962), The Great Escape (1963) and Hear My Song (1991)– the films were not commercial-hit but received positive reviews from Rotten Tomatoes.

Professional Career Success After Breakthrough With ‘The Man from U.N.C.L.E.’

In the early 50s, David made his acting debut through Whom the Gods Love, Die Young, & then made his film debut in 1957 from Ill Met By Moonlight.

Thereafter, with some gigs in The Outer Limits (1963) and The Great Adventure (1964), McCallum landed in his first-ever main role in spy-fiction TV series The Man from U.N.C.L.E. in 1964 & appeared throughout 1968 alongside Robert Vaughn.

Where Does David McCallum Live?

The NCIS actor was formerly in a marital relationship with Jill Ireland; they met during the production of 1957 film Hell Drivers & later married on May 11, 1957.

Together, the duo were parents to 3 children: welcomed 2 children, Paul McCallum & Valentine McCallum & an adopted son named Jason (died on November 7, 1989, due to accidental drug overdose).

However, after 11 years of marriage, David and Jill divorced on February 8, 1967.

They met in 1965 in New York while David along with Robert Vaughn for a fashion magazine, & started dating & would marry 2 years later.

David was born David Keith McCallum, Jr. on September 19, 1933 in Glasgow, Scotland, the UK. His father David McCallum Sr. was an orchestral violinist and Dorothy Dorman, a cellist. Later, when McCallum was 3, his family moved to London.

Reportedly, during the Second World War, David’s family was evacuated back to Scotland.

The University College School attended until the age of 18 & joined British Army’s 3rd Battalion the Middlesex Regiment. Later, he went to the Royal Academy of Dramatic Art.