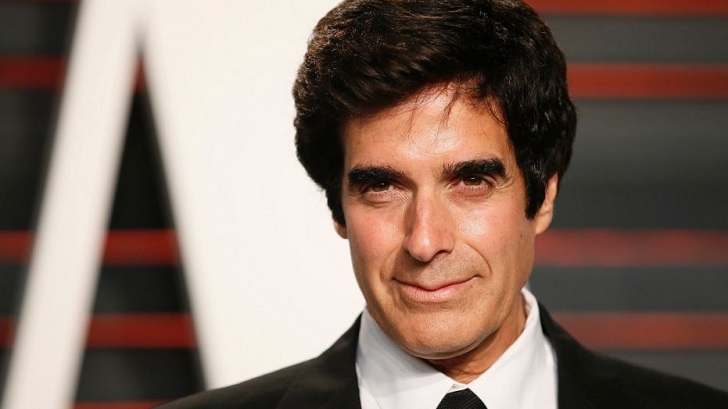 With 11 Guinness World Records to his name David Copperfield AKA Davino, the Boy Magician is undoubtedly one of the greatest magicians of all time. As a shy child, the illusionist used magic as a way to build confidence, and now his confidence led him to be the star of his field.

21 Emmy Award wins out of 38 nominations doesn’t seem like much when the magician created a buzz vanishing the Statue of Liberty. He also appeared in a number of TV shows and movies, with his notable ones being The Magic of ABC and The Magic Man.

From his successful career, Copperfield has amassed an estimated $1 billion as his total net worth as of 2020. Annually, the magician earns a salary of $60 million, according to Forbes.

The magician started his magical journey at a young age, and hence, at age 12, he joined the Society of American Magicians, becoming the youngest member of the committee.

At 16, he was already chosen as a teacher for the course, The Art of Magic at the New York University. Two years later, he appeared in the musical comedy, The Magic Man in the lead role. This was also his debut in showbiz.

The producer Joseph Cates cast David in a show, The Magic of ABC, in 1977. Following this, he was able to appear in a number of TV shows, including his self-titled series, The Magic of David Copperfield, which aired on CBS for two decades from 1978 to 1998.

In the show, he performed several innovative illusions, including walking through the Great Wall of China, Death Saw,  disappearing on a jet plane, Squeezebox, Portal, Laser illusion, and vanishing the Statue of Liberty.

In the year 1996, he co-produced Broadway show Dreams and Nightmares along with David Ives and Francis Ford Coppola.

On his career spanning over four decades, he has been on several world tours which are listed below:

David collaborated with Ray Bradbury, Dean Koontz, and Joyce Oates to publish his book, David Copperfield’s Tales of the Impossible, in 1996. This book showcased as a tribute to magic and illusions.

Here’s a list of the yearly earnings of his book, according to Forbes.

The 11 time Guinness World Record holder, though has accomplished feats like vanishing the Statue of Liberty, still wants to try new things. In the future, he wants to vanish the moon, an island, and even put a woman’s face on Mount Rushmore.

House, Cars, And Other Properties

Billionaire David’s real estate property is worth around $250 to $300 million. To give you the idea of his properties, he’s got a mansion in Nevada worth $18 million.

The magician purchased 11 islands in the Bahamas. There, he constructed a private retreat, which costs $50 thousand for a night’s stay. It was in 2006 that he bought much of the islands for as much as $55 million and purchased the rest of it for $40 million later on.

Additionally, he has a $60 million four-floor apartment in New York City.

He has an extensive art collection of magic memorabilia, where there are more than 150,000 items. As per the source, his collection is worth $500 million.

Copperfield entered philanthropy with a rehabilitation program called Project Magic in March 1982 to help regain dexterity skills patients who have lost them fully or partially by physical therapy. This project got a thumbs up from the American Occupational Therapy Association, and hence, over 1100 hospitals in 30 countries use this technique.

The magician is still organizing and performing at a charity show for UNICEF. During his 2007 show, he created an illusion of sawing the British TV presenter Cat Deeley in half. A year later, he appeared in a radio show, Oprah Radio, to talk about how magic has created opportunities to help disabled people.

Around July 11, 1994, David Copperfield filed a lawsuit against fellow magician Herbert L. Becker who was about to release his book that revealed the secrets of magic. Though Becker won the lawsuit, he removed Copperfield’s section because of a secrecy agreement between the duo.

Three years later, Becker sued David and his book, All the Secrets of Magic Revealed, publisher, Lifetime Books, for a breach of contract for $50 million. Though the publisher lost its court trial, Copperfield settled his part with Becker at the last moment.

The same year, David and his then-partner Claudia Schiffer sued a weekly magazine, Paris Match, for $30 million for claiming their relationship to be a sham. The lawsuit ended two years later in David’s favor. But, the amount they got from the magazine is still undisclosed.

On August 25, 2000, the magician sued the Fireman’s Fund Insurance Company. But, he lost the lawsuit.

Four years later, John Melk sued Copperfield for fraud. According to him, he obscured his identity to purchase the island chain. But, David revealed that he used his company, Imagine Nation Company, and a third party to settle the deal as he was afraid Melk would use his celebrity status to demand a higher price. The case was closed in 2006 on undisclosed terms.

On November 6, 2007, David and his Indonesian promoter was sued for canceled shows in Jakarta by Viva Art International Ltd. and Maz Concerts Inc. They sued Copperfield for $2.2 million and his promoter for $550,000. However, Copperfield countersued, and the case closed in July 2009.

Recently in 2018, a Brit tourist, Gavin Cox, who was present at the audience during Copperfield’s November 2013 performance, filed a lawsuit claiming that he was injured during the show. But, the case was closed with David not liable for the injury.

What Is The Relationship Status Of David Copperfield?

The 63 years old, David Copperfield is currently in a relationship with French model and designer, Chloe Gosselin. The couple started dating in 2006.

In 2010, they shared a daughter, Sky Copperfield.  After more than half a decade of relationship, they got engaged in January 2014. There is no news of their marriage yet.

Previously, he dated supermodel Claudia Schiffer from 1993 to 1999.

While David was practicing the illusion, Escape From Death in March 1984, he got tangled up in the chains. As he was handcuffed and in a tank of water, he couldn’t move and so hit the sides of the tank several times.

The illusionist was taken out of the water after just 80 seconds. He was rushed to a Burbank hospital and had to spend a week in a wheelchair.

Five years later, he accidentally cut his fingertip while he was doing a rope trick. He was taken to the hospital quickly, and the doctors reattached his fingertip.

David faced another misfortune on December 17, 2008, as one of his assistants, Brandon, got sucked into the spinning blades. Brandon suffered multiple fractures to his arm. He also had to have several stitches on his face.

In 2007, Lacey L. Carroll accused David of sexual assault, but three years later, the case was closed by a judge in Seattle. In 2010, Carroll was accused of prostitution and making a false accusation of rape in a different case.

In a similar manner, in 2018, David again faced a lawsuit for drugging and assaulting a teenager in 1988. In response to it, he published a statement asking the media to not jump into conclusions.

David Copperfield was born on September 16, 1956, in Metuchen, New Jersey, to Jewish parents. His birth name is David Seth Kotkin. He is the son of Hyman Kotkin, who worked in a haberdashery shop, and his mother, Rebecca Kotkin, was an insurance adjuster.

Regarding his education, he completed his graduation from Metuchen High School.