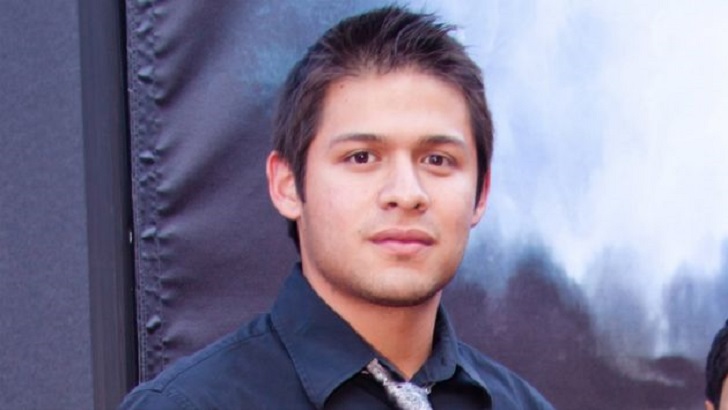 How Lavish Is The Lifestyle Of David Castañeda?

David Castañeda is a Mexican-American actor who is best known for portraying the role of Hector in the American action thriller film, Sicario: Day of the Soldado.

Similarly, he is recognized for his roles, Ruis in the comedy movie, Standing Up, Falling Down, and Diego Hargreeves in the Netflix series, The Umbrella Academy.

30-year-old David Castaneda began his career as an actor in 2009 appearing in the film, Drive-By Chronicles: Sidewayz and television series, Lie To Me. After two years, in 2011, he played Pedro González in the short movie, Maddoggin.

Additionally, Lie to Me actor featured in End of Watch and Southland in 2012. He portrayed the role of Jorge on the TV series, Switch at the Birth in 2014. The same year, he acted on the television show, Jane the Virgin till 2015.

Likewise, 6 feet tall actor also became part of the series and movies such as Bound and Babysitting, The Player, Blindspot, Going Dark, The Legend of Master Legend, Human Behavior, The Ascent, and We Die Young.

Eventually, in 2018, David came to the limelight for playing Hector in the film, Sicario: Day of the Soldado. The film was commercially successful earning $75.8 million at the box office made under the budget of $35 million to $45 million.

The promising actor also appeared in the movie, End of Watch starring the actors like Jake Gyllenhaal, Michael Peña, Maurice Compte, Natalie Martinez, America Ferrera, Frank Grillo, and  David Harbour. The Film collected $57.6 million at the box office made under the budget of $7 million to $15 million.

Since 2019, David has been playing Diego Hargreeves in the Netflix series, The Umbrella Academy along with Ellen Page, Tom Hopper, Aidan Gallagher, Cameron Britton, and many more. Also, he is set to appear in the 2020 post-production TV movie Roofers and film The Tax Collector.

David Castañeda was born on October 24, 1989, in Los Angeles, United States. He, along with his parents, moved to Sinaloa, Mexico and spent his early life.

Later, Sicario: Day of the Soldado actor went back to the United States and attended high school when he was only 14 years old. David thought to take over his family business after completing his education and took civil engineering in college.

Standing Up, Falling Down actor David found his interest in film direction and switched his major in film production and international business. He joined California State University in 2007 and graduated in 2015.