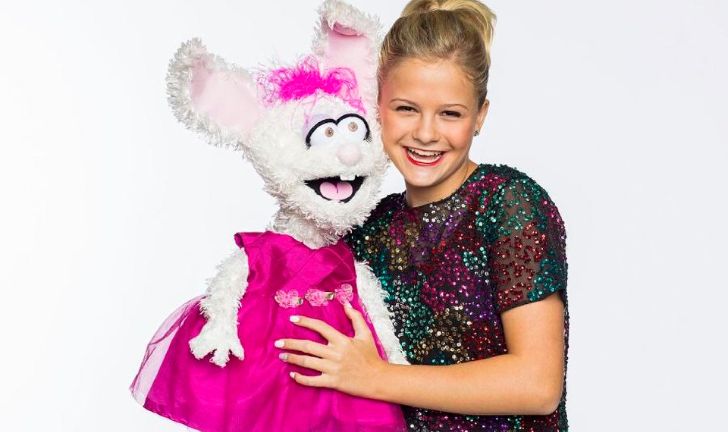 With mastery in ventriloquism, the American-born Darci Lynne Farmer came to wide attention after winning the Season 12 of America’s Got Talent in 2017 & got the prize money of $1 million.

The ventriloquist & singer got Golden Buzzer from Mel B at the AGT audition & headed to the quarterfinals. With the victory in the talent show, Darci became the 3rd ventriloquist to win America’s Got Talent (AGT), after Terry Fator (in Season 2) and Paul Zerdin (in Season 10).

Darci Lynne Farmer Is  A Millionaire: How Much She Owns?

According to Celebrity Net Worth, Darci owns the net worth of $10 million as of April 2022.

Without a doubt, as a popular ventriloquist, Lynne Farmer grabs a hefty fortune through her tours & shows.

Back in early 2019, her wealth was merely $3 million which increased by $5 million in a year time.

Indeed, Darci Lynne’s victory in America’s Got Talent (AGT) Season 12 grabbed her the prize money of $1 million as well as a gateway to a successful career.

As per disclaimer at the end of the show, the talent show winner either can sign for an annuity of taxable $25,000 per year throughout the next 40 years or grab an instant cash value of $300,000 (before tax).

Also, as a minor, Darci can use her money only under parental guidance.

Apart from her venture as a ventriloquist, Darci also makes a considerable sum through merchandise sales including printed T-shirts & puppets.

Grew Up To Prominence Since An Early Age

At the age of 10, Darci competed in Edmond’s Got Talent in 2014 & won the show, which received her attention of ventriloquy coach Gary Owen. Later, she trained with Gary & vocal teacher Tiana Plemons.

Rise To Fame: Winner Of America’s Got Talent

On May 30, 2017, Lynne auditioned in the first episode of America’s Got Talent (AGT) Season 12 introducing her puppet Petunia, a rabbit & performed ‘Summertime’ from Porgy and Bess.

Her perfection in ventriloquism not only earned standing ovations from the judges: Howie Mandel, Mel B, Heidi Klum, and Simon Cowell but also a Golden Buzzer from the Spice Girls’ singer.

Straight to the quarterfinals, the Darci performed ‘Who’s Lovin You‘ with her Motown mouse puppet, Oscar in the live show. Later, her semi-finals performance (You Make Me Feel Like) A Natural Woman got her ticket to the finals.

Well, Lynne’s made an interacting effect of her puppets Petunia & Oscar performing With a Little Help from My Friends by the Beatles in the finale.

Eventually, with most of the vote count out of 52 million votes cast, Darci Lynne won the AGT Season 12 at the age of 12, ahead of the runner-up Angelica Hale, a singer.

What Is Darci Lynne Doing Currently?

Currently, the 15-year-old ventriloquist is busy with her tours & TV appearances; she has made guest appearances in The Ellen DeGeneres Show, Little Big Shots,  Kids Baking Championship and Food Network.

Darci went on a national tour Darci Lynne and Friends Live in January 2018 through February 2018. Initially, a 5 locations show, the child celebrity’s show later expanded to 52 dates (January 2018 to February 2019).

Moreover, she was on the second tour Darci Lynne and Friends: Fresh Out of the Box starting in February 2019.

In January 2019, Lynne competed in the AGT spin-off America’s Got Talent: The Champions Season 1, which featured many of AGT & BGT finalists & winners.

Well, the millionaire ventriloquist currently lives in her hometown Edmond, Oklahoma with her family.

Well, the teen-celebrity currently attends Deer Creek Middle School; reportedly, she was in 7th grade when she auditioned in AGT in 2017.