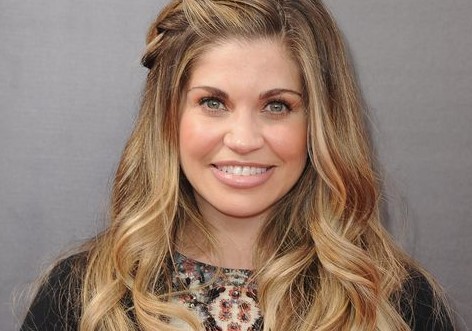 Danielle Fishel is an American actress perhaps best known for her stellar chemistry with on-screen husband Ben Savage on Boy Meets World. Additionally, she has also worked on theatre, film, and TV making her a prominent name on all platforms.

Fishel began her career in show business in 1992 and has established herself as one of the premier actresses on TV. She is also a director and has directed multiple episodes of various shows.

What Is Danielle Fishel’s Net Worth And Salary As Of April 2020?

Danielle Fishel has a net worth of around $8 million dollars as of April 2020. She made this net worth from an acting career that has spanned almost 3 decades.

The actress first worked in an extra role on the hit sitcom, Full House as Stephanie Tanner played by Jodie Sweetin’s friend. After this, she made another appearance on the show Harry and the Hendersons in 1993.

Her salary is estimated at $500k on average.

Her Family-Sized House In Woodland Hills

The star actress bought a house in Woodland Hills in Los Angeles County. She bought the home that has 3,800 square feet of living space.

The property has two floors made in the open style using European oak floorboards. The house has five bedrooms and four bathrooms. Danielle paid around $1.7 million for the estate.

After her appearance in the minor role on Harry and the Hendersons in 1993, she got a role on Boy Meets World the same year. After a recurring role in the first season, she got the main role from the 2nd to 7th seasons.

During her run on the show, she also made guest appearances from Kirk, ABC TGIF, and Rocket’s Red Glare.

Then in 2002, she made appearances on Nikki and The Nightmare Room. Similarly, in 2003, she worked on Say What? Karaoke and Yes, Dear, before taking a short break.

She returned to TV in 2008 with the show The Dish. She hosted the show from 2008 to 2011. After a few decent gigs, she reprised her role as Topanga Lawrence-Matthews on 2014’s Girl Meets World. She directed a couple of episodes on the show and also wrote for the show.

Some of her other popular works on the small screen are Gravity Falls, Drop the Mic, Star vs. the Forces of Evil, etc.

In a similar fashion, she first appeared on the big screen in 2000 with a role on Longshot. Then 3 years later, National Lampoon Presents Dorm Daze came out featuring her as Marla. A year later, she appeared in Gamebox 1.0 in the role of Kate/Princess.

Her career in movies is not as extensive as her work on TV. In 2006, she worked on the sequel to National Lampoon’s Dorm Daze 2.

A year later, The Chosen One featured her in a voice role. Her other credits include Clapping for the Wrong Reasons and Boiling Pot. She has been inactive in movies from 2015.

Danielle Fishel was born Danielle Christine Fishel on May 5, 1981, in Mesa, Arizona, the U.S. to Rick Fishel and Jennifer Fishel. She has Maltese and American heritage.

She grew up with a brother named Christopher Fishel. She graduated from college at the age of 31 in 2013 from California State University, Fullerton.