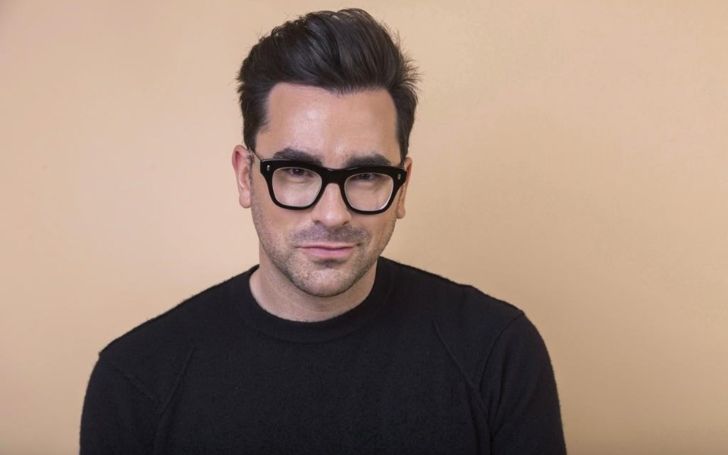 Daniel Levy, also recognized as Dan Levy, is a Canadian actor, TV personality, writer, and producer. He has appeared in films like Stage Fright, Happiest Season, Admission, and many others.

Well, let’s find out about his childhood, family, Career, and about his love life.

Daniel was born on August 9, 1983, in Toronto, Ontario. His father Eugene Levy is also an actor while his mother Deborah Divine is a house wife.

While his father is Jewish, his mother is Protestant. Well, with mixed culture coming in, the Levy family celebrates both Christmas and Hanukkah.

He also has a younger sister, Sarah Levy, who is also an actress and has appeared in Schitt’s Creek along with her father and brother Daniel. Sarah played a waitress in the movie.

Talking about Levy’s education, he did his schooling from North Toronto Collegiate Institute. Later, he pursued a film production degree from York University and Ryerson University.

Daniel Has Appeared in Many Movies

As an actor, Daniel has been the part of many movies. He made his film debut with 2009 film Degrassi Goes Hollywood. This was followed by his appearances in movies like Cyberstalker, Modern Family, The Kacey Musgraves Christmas Show.

As of 2020, he is scheduled to appear in Happiest Season, which is currently in the post-production phase. In the movies, he portrays a character named John. Besides, he has also been part of a few other works as a writer and director.

Daniel Levy Identifies Himself as Gay

Talking about Levy’s sexual orientation, he identifies himself as gay. Though he was initially reluctant about revealing his sexuality, he eventually in an interview with Flare in 2015, was identified to be the member of queer community.

However, he officially confirmed himself to be gay in an interview with Andy Cohen in 2020. He reportedly got aware about his sexuality when he was 18.

As of 2020, he is not married. Also the actor has not revealed about his wedding plans so far. Well, we would love to see him tie a knot.

What is His Net Worth?

Canadian actor Dan has a net worth of $14 million as of 2022. He also charges a good salary for his work in movies and also as a writer and producer.

Besides, he also owns a house worth $4.13 million in the Los Feliz area of Los Angeles.