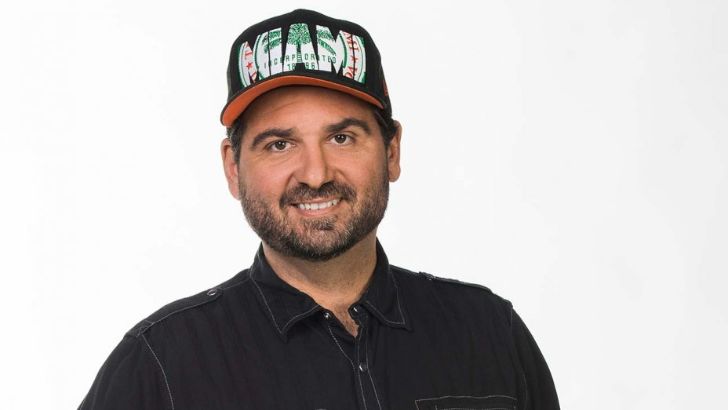 Moreover, the Miami-raised is a regular replacement host for ESPN’s Pardon the Interruption and talk show Highly Questionable alongside his father.

Apart from career success, Batard made highlights with his involvement in controversies as well, from the LeBron James billboard issue to comments on ESPN’s cowardly political broadcast that got him suspended for days.

Dan Le Batard Pulls Million-Dollars Salary From ESPN: What Is His Net Worth?

The New Jersey-born & Florida-raised radio personality is professional for nearly 3 decades and has firm roots in sports TV programs. Currently, on a 4-year deal (signed in June 2018) with ESPN, Dan has a net worth of $2.5 million as of January 2020.

Back in 2019, the Celebrity Net Worth claimed his worth around $1 million.

Starting his career as sports section columnist for Miami Herald, the 51-year-old sportswriter & radio figure now earns a whopping 7-digit figure in salary, all thanks to his instincts at ESPN’s radio shows- most notably, the sports talks show The Dan Le Batard Show with Stugotz.

After graduating from the University of Miami, Dan Le Batard began working columnist for the sports section of Miami Herald in 1990, where he would work until 2016.

In addition to that, he began working on ESPN’s radio show The Dan Le Batard Show with Stugotz alongside Jon “Stugotz” Weiner, the show premiered on September 1, 2004, at ESPNU.

With the departure of The Herd with Colin Cowherd‘s Colin Cowherd from ESPN, Dan’s show moved to 10 AM- 1 PM (ET) on September 3, 2015, to cover the slot and later, the broadcasting channel shifted to ESPN Radio and ESPNEWS.

Also, the American radio personality works as a regular replacement host for Pardon the Interruption (began airing since October 22, 2001) accompanying regular hosts Tony Kornheiser and Michael Wilbon; he also has made recurring guest appearances on Outside the Lines, The Sports Reporters, and College GameDay.

Since September 2011, after ESPN launched Dan Le Batard is Highly Questionable (later renamed Highly Questionable in 2013), Dan alongside his father Gonzalo hosts the daily sports talk TV program where Bomani Jones worked for 4 years from 2013 to 2017.

In early 2019, ESPN launched the podcast The Le Batard and Friends Podcast Network, hosted by Batard and his fellow companion Stugotz. Moreover, many of ESPN’s other figures including Mina Kimes, Sarah Spain, and Marty Smith contribute to the show.

Is A Married Man: Where Does Dan Le Batard Live?

Dan is a happily married man and enjoys a blissful relationship with his girlfriend-turned-wife Valerie Scheide. The duo exchanged vows on November 5, 2019, in Miami after a year of engagement.

Reportedly, the radio host’s fellow Miami Herald reporter and his longtime friend Greg Cote published an article revealing Dan’s engagement with Valrie, on September 13, 2018. Since the news was out without the couple’s consent, it turned out really embarrassing for Dan as he was on the air at that time.

Currently, the couple lives in their house in Flordia, where the average house price is $246,107. They are yet to share children.

An avid user of Twitter, the ESPN’s radio host Dan has over 434K followers as of January 2020.

Parents Are Cuban Exile & Settled In The USA

Born on December 16, 1968, in Jersey City, New Jersey, Dan holds American nationality and hails from Cuban descent. His parents Gonzalo and Lourdes are Cuban exiles. In his radio show during the 2016 exhibition MLB game in Cuba, the radio personality revealed his parents’ struggle & risks during their move to the United States.