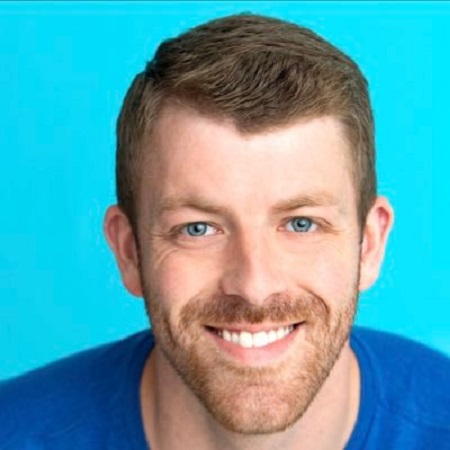 Damian Powers is a rising American reality television personality who became an overnight celebrity after appearing in the Netflix reality show, Love Is Blind. He is also a market and operational manager of Five Star Food Service, on-site food and beverage service provider.

How Much Is Damian Powers’s Net Worth? His Professional Career

Working as a television personality, market, and operational manager of America’s on-site food and beverage service provider, Five Star Food Service, Damian has collected an enormous net worth of $2 million.

His appearance on Love Is Blind alongside stars like Jessica Batten, Diamond Jack, Kelly Chase, Cameron Hamilton, Carlton Morton, Amber Pike, Matt Barnett, and many others, helped him to build such a high figure of worth.

Besides the acting profession, he holds a high position in Five Star Food Service. Currently, he serves as the marketing manager.

Who Is Damian Powers’ Girlfriend?

The 6 feet 1-inch tall television personality is currently dating girlfriend Giannina Gibelli. The duo, who first met on the set of Love Is Blind, were two of thirty contestants on the show.

Many people, at first hand, thought that the pair dated only on-screen or was just faking it. But, NO! The duo is still together. Their romantic journey can be seen in the show and their respective Instagram.

The theme of the series was to get engaged with the contestants without knowing each other, and the same goes out for Damian and Giannina. They only have a couple of days to know each other.

Despite not knowing anything, Giannina admitted of her desire to tie the knot with Damian at the end of the episode.

Sadly, Damian rejected and said that he would not tie the knot creating a dramatic-movie like a scene.

During the time, many people assumed that they were no longer together, but they reconciled after a few years.

The amid pizza lover currently resides in Georgia. He watches and plays football during his leisure time.