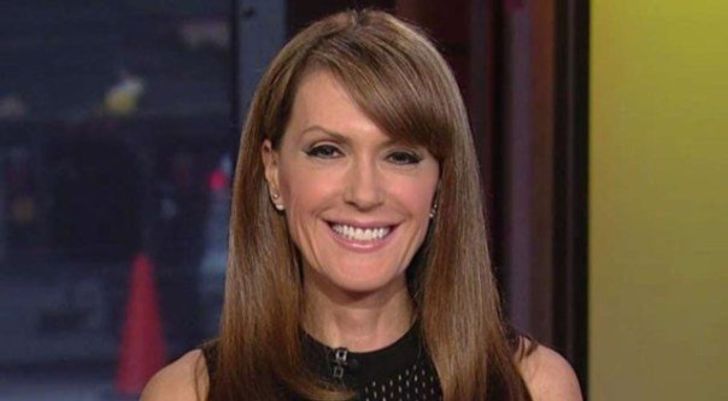 Dagen McDowell, an American-born business anchor & TV personality currently works for Fox Business Network (as anchor & analyst) and in Fox News Channel (as a business correspondent). Turned professional in 1996, McDowell formerly worked at TheStreet.com, where she wrote a personal finance column before landing in broadcasting.

Mary Dagen McDowell was born on January 7, 1969, in Brookneal, Campbell County, Virginia, to Joyce Holt McDowell (died at 81 on November 7, 2019) and Charles Ross McDowell III. She has a brother named Landon Oakes McDowell. An American by nationality, McDowell hails from Irish background. The Wake Forest University alum holds a degree in Art History.

The Virginia native came to TV fame after she joined the FOX News Channel (FNC) in 2003 as a business correspondent & works there ever since. Furthermore, since 2007, Dagen works as an anchor and analyst on the Fox Business Network.

Until Don Imus’s death in 2019, the Fox News business analyst worked in the long-running radio show Imus in the Morning.

What Did She Do Before Joining Fox News?

Soon after her graduation from Wake Forest University, Dagen McDowell began working as a financial journalist at the Institutional Investor’s Newsletter Division. Thereafter, she had brief stints in SmartMoney magazine and SmartMoney.com.

Before moving to Fox Business Network as a business analyst, McDowell wrote a personal finance column “Dear Dagen” for TheStreet.com.

Is Married Twice: Who Is Her Current Husband & Any Children?

Meanwhile, Dagen lives with her second husband Jonas Max Ferris, an economic analyst for Fox News. Reportedly, they met while on Cashin’ In. Later, the duo married in 2005 & is together ever since. Reportedly, McDowell bought her wedding dress from Kleinfeld Wedding Emporium in Brooklyn.

To date, Dagen is yet to share any child; she & her spouse Ferris have an adopted chihuahua named Ramon.

Prior to Jonas Max, McDowell already married & divorced once, however, she keeps the detail of her ex-husband low-key.

Since 1996, Dagen McDowell’s career of over 2 decades, indeed has blessed her a hefty sum of money. According to Celebrity Net Worth, a 53-year-old TV personality & anchor has a net worth of $7 million as of May 2022.

She allegedly earns in a whopping 6-digit figure per year; on average, a business analyst in the Fox News earns $102,000-a-year.

Interesting Fact: She took her driving test at the age of 16 & drove a Ford Bronco in high school and college.

Did She Undergo Plastic Surgery?

Currently, in her early 50s, Dagen McDowell maintains a fit & healthy physique. Often the curious fans are eager to know the secret of her adorable beauty.

Back in July 2015, when asked about the reason behind her good looks on Twitter, she made a Tweet reply that read:  “Surgery. Lots and lots of surgery.”

The statement did raise a lot of controversies & showering comments, however, that Tweet never confirmed whether she actually went under the knife or not.