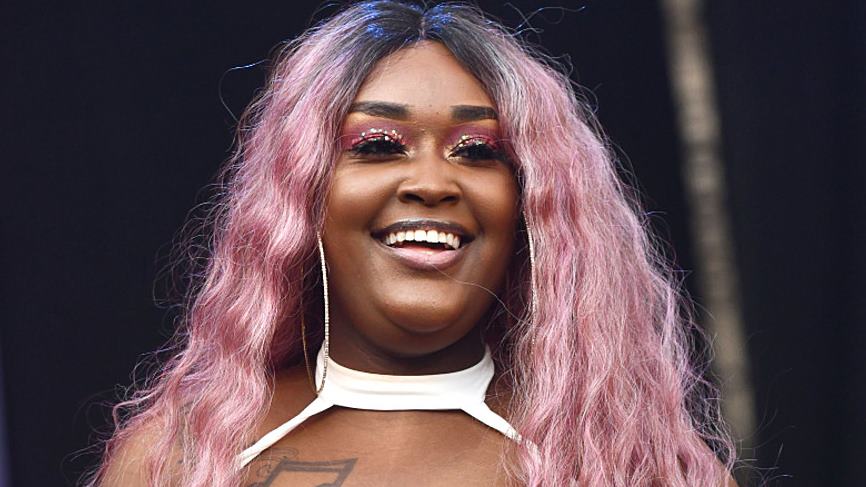 With the release of her debut album Audacious (2016), the American rapper has released a total of 4 studio albums & 2 mixtapes.

Cupcakke, born Elizabeth Eden Harris, with her career of over 7 years in the rap industry has indeed earned huge fame as well as money. As of May 2020, 22-year-old Harris has a net worth of $1 million.

The primary source of her income is career as a rapper- the sales of her albums & tours. Even if, Cupcakke is yet to disclose her earnings, she allegedly pulls in the revenue in the 6-digit figure.

Despite the fact that, Harris announced her retirement in September 2019, via Instagram, it was only 40 days later, she made a comeback, on November 7, 2019.

An avid user of Instagram (@cupcakkeafreakk), Cupcakke has over 549K followers as of May 2020; she often promotes Gucci, Fashion Nova Curve, Dolce&Gabbana and Lous Vuitton on her posts.

It surely grabs her hefty tens of thousand dollars per year, though the actual figure is yet to be out.

Journey To Success: How Elizabeth aka Cupcakke Got Fame?

Influenced by 50 Cent, Lil’ Kim and Da Brat, Elizabeth Harris aka Cupcakke turned into rap career from poetry at church, at the age of 13.

Not to forget, since then, the vulgar lyrics & music videos with brazen & comic persona has been her trademark.

Moreover, the same year (in 2016), the rapper released her debut studio album Audacious, on October 14. It consists of the singles Picking cotton, Budget, and LGBT.

Since then, she has released further 3 albums:

Where Does She Live & Her Lifestyle?

Currently, Cupcakke lives in Chicago, however, she remains tight-lipped about her house & other assets. Surfing through her Instagram, the American rapper is often seen with her SUV & flashing fancy dresses; also posts about her travels.

No doubt, she lives a quality lifestyle & enjoys her life to the fullest.

Cupcakke was born on May 31, 1997, in Chicago, Illinois, the USA. Her birth name is Elizabeth Eden Harris. She holds American nationality & hails from the black ethnic background.

Raised by a single mother, Harris grew up in homeless shelters starting at age seven for 4 years. In 2010, she involved in music & poetry in a local church.

By the age of 13, Cupcakke turned her passion into a rap career.

Regarding her relationship, the American rapper always remained quiet & is allegedly single meanwhile. Furthermore, no reports on her dating history or boyfriends ever came up.