Skip to content
Home » GOSSIP » Comedian Melissa Rivers Alledgly Inherit $75 Million In Cash And A $35 Million Apartment From Her Late Mother: How Much Is Her Current Net Worth?

Comedian Melissa Rivers Alledgly Inherit $75 Million In Cash And A $35 Million Apartment From Her Late Mother: How Much Is Her Current Net Worth? 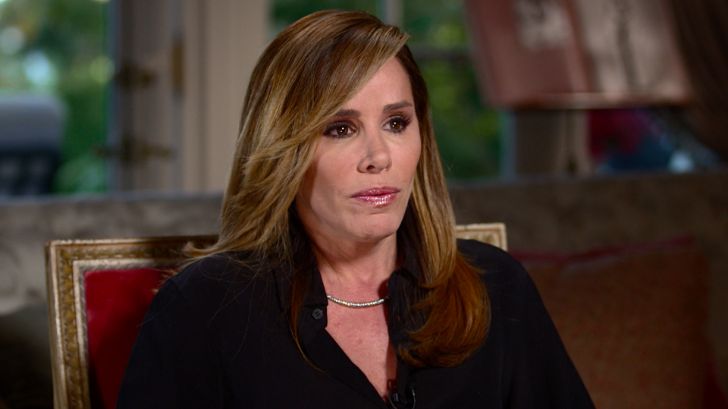 Born with the silver spoon, the American TV host & actress Melissa Rivers‘ will inheritance indeed became her gateway to millions of dollars fortune. The only daughter of Joan Rivers, Melissa got over $100 million in hands from her late mother including $75 million in cash & $35 million worth apartment.

The 51-year-old actress got her major breakthrough with Joan & Melissa: Joan Knows Best? alongside mother Joan & earns a considerable sum through her TV hosting & acting career.

After complication in throat surgery, Joan Rivers died at the age of 81, on September 4, 2014, in Manhattan, New York. At the time of death, her net worth was estimated to be $150 million according to Celebrity Net Worth.

As reported, the late QVC figure’s will signed on November 16, 2011, was released on December 9, 2014, which read her only daughter Melissa Rivers (father is Edgar Rosenberg) as the executor of her multi-million dollars empire.

With Melissa being chosen for the direct command over her estate, Joan also mentioned her grandson Cooper (Melissa’s son), niece Caroline Waxler and nephew Andrew Waxler as beneficiaries, though the cut of their fortune never became public.

Dog Person Rivers’ Will Include Charity Funds & Fortune To Pets

During her last days, Joan’s dogs Samantha & Teegan were by her side & reportedly, the dog person included her pets in her will.

An avid supporter of Guide Dogs for the Blind, Rivers noted to fund charities like Jewish Guild Healthcare, Cystic Fibrosis Foundation, God’s Love We Deliver, Simon Wiesenthal Center and the Jewish Home and Hospital Foundation via her blind trust.

How Much Is The Net Worth Of Melissa Rivers In 2019?

According to Celebrity Net Worth, Melissa Rivers owns the net worth of $100 million as of December 2019. Apart from her mother’s fortune, the 5 ft. 5 inches tall actress recording 14 acting credits so far, earns a considerable sum of money.

Having appeared in Beverly Hills, 90210, Silk Stalkings and The Comeback, the actress’ most famous TV appearance was in Joan & Melissa: Joan Knows Best? (2011- 2014) with mother Joan Rivers.

As reported, Melissa Rivers sold her New York condo in July 2015 for $28 million, which she inherited from her mother’s will.

Indeed, the actress lives a luxurious lifestyle with such a massive fortune.

Like her late mother, Melissa Rivers is also active in charity works & has associations with American Dog Rescue Foundation, Farm Sanctuary, God’s Love We Deliver, Guide Dogs for the Blind and Habitat For Humanity.

In 2010, Rivers made $22,500 from Who Wants to Be a Millionaire and gave for the research of Alzheimer’s disease.

Did you know? Melissa’s marriage with her then-husband John Endicott, a horse trainer, in December 1998 made a bill of $3 million in expenses. Later, they divorced in 2003, after welcoming a son Edgar Cooper Endicott in 2000.