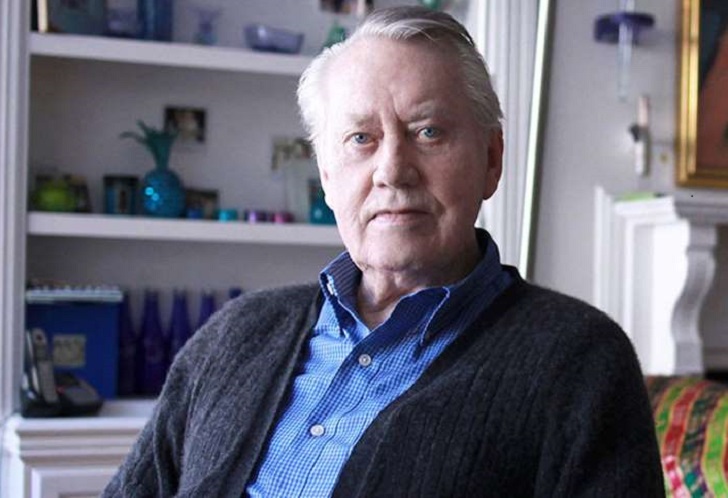 Chuck Feeney is an Irish-American businessman who is also considered the greatest philanthropist the world has ever seen giving over $7.5 billion fortune to support higher education.

Feeney’s main income source is his career as a co-founder of the Duty-Free Shoppers Group, a Hong Kong-based travel retailer of luxury products that evolved the concept of duty-free shopping. As of Jan 2020, the remaining net worth of Feeney is slightly over $1.5 million, according to Celebrity Net Worth.

Chuck Feeney is the founder of The Atlantic Philanthropies, the largest private foundation in the world. Conducting clandestine operations throughout the globe, the avid philanthropist has given away $7.5 billion into various sectors.

Established in 1982, the foundation made its first grant of $7 million to Cornell University that same year. To date, the University has received over $937 million, including a $350 million donation to create Cornell’s New York City Tech Campus.

Through the Atlantic, Feeney gave nearly $170 million to the University of Limerick, a 12,000-student college in 1990. He has donated around $1 billion, emphasizing third-level institutions in Ireland such as the Dublin City University and many others.

Furthermore, AP has contributed $320 million ($AUD500 million) in Australia for the expansion of 20 research facilities all over the country. It also includes $171.58 million ($AUD250 million) donation to biomedical research at Australia’s Queensland U. of Technology.

In the year 2002, the businessman invested more than $117 million in South African health care, especially for South Africa AIDS relief. In March 2009, Atlantic Philanthropies donated $125 million in order to fund a medical center at the Mission Bay campus to the University of California, San Franciso. It also gave $27 million to Health Care for America Now (HCAN).

Through AP, Chuck has given nearly $8 billion over the course of his life into education, science, health care, and civil rights in the U.S., Australia, Vietnam, and many other countries around the world.

The limited-life foundation Atlantic plans will be shuttered in 2020.

One-time the co-owner of the Duty-Free Shoppers Group, Chuck Feeney lives a very simple life not owning even a car or a house. Sources suggest that then-billionaire Feeney lives in a rented apartment in San Francisco. He is also known for carrying reading materials in a plastic bag.

Chuck Feeney and his finest charity work have earned him dozens of prestigious accolades so far. He has been regarded as the ‘James Bond of philanthropy. Time Magazine also said that “Feeney’s beneficence already ranks among the grandest of any living American” in 1997.

Feeney’s real-life story was also featured in the documentary of RTÉ Factual called Secret Billionaire: The Chuck Feeney Story. He won the Cornell Icon of Industry Award in 2010.

After a couple of years, all the universities of Ireland awarded him a Doctorate of Laws. Around the same time, Feeney won reland’s “Presidential Distinguished Service Award” for Irish Abroad.

Chuck Feeney was born on April 23, 1931, in Elizabeth, New Jersey, the United States to Leo Feeney and Madaline Feeney. He has two siblings; sisters Ursula Healy and Arlene Fitzpatrick.

In 1949, Feeney graduated from Elizabeth’s St. Mary of the Assumption High School. He has deserved credit for his charitable spirit towards education. In 2016, he also pledged $250,000 to St. Mary which became the largest fund in the school’s history from a single benefactor.

Feeney later got enrolled at the Cornell University School of Hotel Administration. At that time, he also became a part of the Sphinx Head Society.

Chuck Feeney has been married twice. He first married to Danielle, who is French. The couple has five children; four daughters, Juliette M. Feeney-Timsit, Caroleen A. Feeney, Diane V. Feeney, Leslie D. Feeney-Baily, and one son, Patrick A. Feeney.

For the second time, Feeney went on to marry Helga Feeney, who is his former secretary. As of now, the couple resides in their modest flat in San Francisco.