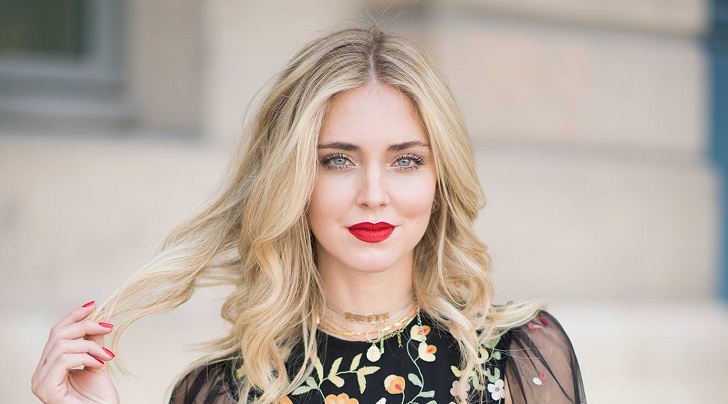 Chiara Ferragni is an Italian model, fashion blogger as well as a businesswoman who is famous for her blog site named The Blonde Salad, which gets more than 15 million views per month. In 2017, she was ranked #1 on Forbes 30 Top Fashion Influencers.

Being one of the world-famous fashionistas, no doubt, she has accumulated a huge amount and is a multi-millionaire. As of 2020, she is worth $12 million(£9.13).

Chiara Ferragni: Journey To Be Multi-Millionaire From Fashion Career

Chiara Ferragni started her career as a blogger in 2009 after launching the site The Blonde Salad while she was in her University days. In the early days, most of her content was related to her travel diaries, food habits, beauty blogs, and so on.

In 2011, she was announced as ‘One of the biggest breakout street-style stars of the year’ by New York magazine. Following this, her blog got huge attention and was announced as Blogger Of The Moment by Teen Vogue in December 2011.

As per the Canadian-British fashion expert Imran Amed, she has been listed among ‘500 most influential fashion people in the Business of Fashion blog’ since 2013.

Chiara has also collaborated with Steve Madden to design a 9-shoe collection for the Spring of 2014. This helped her earn over $8 million in 2014. The next year, her blog and shoe line became a case study for Harvard Business School.

Ferragni was also the first-ever fashion blogger to appear on a Vogue cover. She was the face of Vogue Espana in April 2015. This was just the start of her appearance as afterward; she made appearances in over 50 magazine covers.

A year later, in 2016, Pantene made her their new global ambassador while in September 2016, the fashion blogger got her own Barbie version created by Mattel Inc.

Fast forward to 2017 July 26, Chiara started her new Chiara Ferragni Collection store in Milan. A year after, she was named one of the most influential moms in the fashion industry by Footwear News.

Some of her notable works are listed below.

Over the years, she is becoming a part of the several endorsement deals with renowned brands which include:

Additionally, she has also collaborated with famous beauty and fashion brands, including Pantene, through her blog site.

As of early 2020, she has more than 18 million followers on her Instagram from where she received around $36,089 – $60,149 per sponsored post as per Influencer Marketing Hub.

Personal Life: What Is The Relationship Status Of Chiara Ferragni?

The 32 years old, Chiara Ferragni is currently married to Italian rapper and producer Federico Lucia aka Fedez. They shared the wedding vows on September 1, 2018.

Prior to marriage, she has had several relationships. In 2007, she dated Riccardo Pozzoli, who is an Italian entrepreneur. They worked together on the website, The Blonde Salad, and developed it to a profitable venture together.

After six years of relationship, they decided to separate from their relationship in 2013 in mutual understanding but remained partners on The Blonde Salad.

After a year, she started dating American photographer Andrew Arthur; however, it didn’t last forever.

Chiara Ferragni was born on May 7, 1987, in Cremona, Italy. Her parents are Marco Ferragni(dentist) and Marina Di Guardo(writer). She grew up along with two siblings: Valentina Ferragni and Francesca Ferragni.

Regarding education, she joined Bocconi University School of Law but dropped out of school.