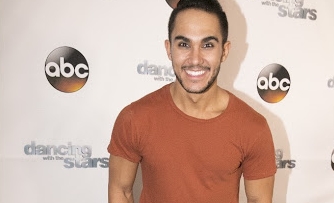 What Is The Net Worth Of Actor Carlos Pena Jr.?

The multi-talented star is also famous as the husband of actress Alexa Vega among the public. As of May 2020, Carlos has an estimated net worth of $6 million.

Carlos Pena Jr. made a debut on the television playing Arlo Escobar in the medical drama series ER in 2004. The same year, she appeared as a recurring King Bee on Nickelodeon’s live-action sitcom Ned’s Declassified School Survival Guide with Devon Werkheiser, Lindsey Shaw, and Daran Norris.

In 2005, Carlos appeared in an episode of TV shows, Judging Amy and Summerland. From 2009 to 2013, he portrayed Carlos Garcia on Nickelodeon’s original musical comedy series Big Time Rush along with Kendall Schmidt, James Maslow, Ciara Bravo, and Tanya Chisholm. The series came out as a turning point in his career and earned him massive popularity.

From 2014, Big Time Rush star hosted the children’s game show Webheads for a year. Since, 2016, he is providing his voice to the character Bobby Santiago in an animated TV series The Loud House.

Similarly, Carlos also gives his voice to Bobby Santiago in the animated comedy TV show The Casagrandes since 2019. Also, in 2020, he appeared in an episode of TV series Blue’s Clues & You.

30 years old Pena is also a singer. He released started his career in the music industry releasing his first single, Electrico in 2017. After that, he released another single Bésame featuring MAFFiO in 2017.

Carlos Pena Jr. was born Carlos Roberto Pena Jr. on August 15, 1989, in Columbia, Missouri, the United States. His parents raised him in Weston, Florida, and spent his childhood there.

Electrico singer was a cheerleader in Sagemont Upper School. Just before starting his acting career, he attended the American Heritage School.

Relationship With Actress Wife And Children

Carlos and Alexa walked down the aisle in Puerto Vallarta, Mexico where the duo took PenaVega as their married name.

After sharing 2 years of marital life, the pair first welcome their son, Ocean King PenaVega in December 2016. Three years later, the couple was blessed with another baby boy in June 2019.