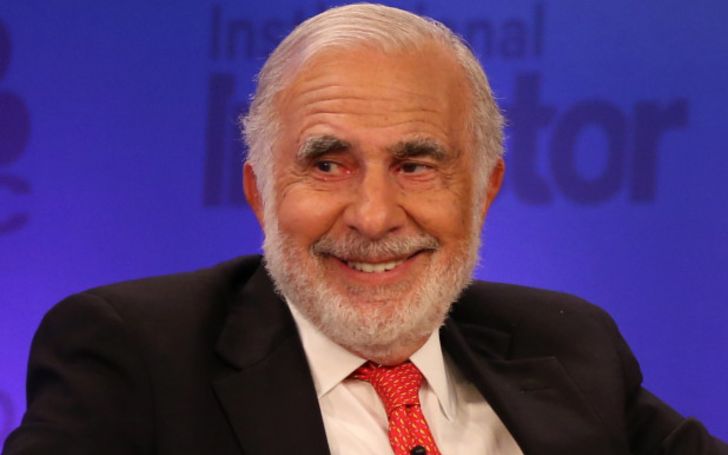 Founder of Icahn Enterprises, Carl Icahn is an American businessman, investor, and philanthropist. Icahn is also the Chairman of Federal-Mogul which is an American developer, supplier, and manufacturer of powertrain components and vehicle safety products.

In a similar way, Icahn served as the special economic adviser on financial regulation to U.S. President Donald Trump in 2017. According to Forbes, Carl owns a net worth of $16.5 billion making him the 26th wealthiest person on the Forbes 400 list as of 2019.

Carl Celian Icahn was born on 16th February 1936 in New York City, New York, the United States of America. Icahn was born to their father Michael Icahn and his mother Bella Schnall. He holds American nationality and comes from a Jewish family.

Carl attended Far Rockaway High School and Princeton University from where he earned his Bachelor of Arts degree in philosophy in 1957. He also went to New York University School of Medicine, however, he dropped out after two years to join the army reserves.

Beginning of His Professional Career & Stakes

He then formed Icahn & Co., a security firm that focused on risk arbitrage and options trading. Carl developed a reputation as a corporate raider after the hostile takeover of Trans World Airlines in 1985.

In August 2006, Carl bought stock in the video game publisher Take-Two Interactive and later increased his holdings to 11.3% in 2009 becoming the company’s second-largest shareholder.

In a similar way, Icahn purchased a 9.2% stake in a biotech company called Telik engaged in cancer research. He also made an investment of 6.1 million shares of WCI Communities and also owned about 33.5 million shares of Motorola.

On 9th February 2007, Lear Corporation’s board of directors accepted a $2.3 billion takeover offer from Icahn. The same month, he also invested $50 million in Motricity, a North Carolina-based provider of mobile content delivery technology.

In February 2008, Carl sold his casino interest in Nevada including the Stratosphere, Arizona Charlie’s Boulder, Arizona Charlie’s Decatur, and Aquarius Casino Resort. The sale price of $1.3 billion was roughly $1 billion more than he paid for the properties.

The 83-year-old businessman was a director of Blockbuster until January 2010 and the chairman of Imclone, Icahn Enterprises, WestPoint Home, XO Communications, Cadus, and American Railcar Industries.

In October 2012, Carl purchased a 10% stake in Netflix which he later sold about 50% of his shares for a profit in excess of $800 million in less than one year. In February 2013, Forbes listed Icahn as one of the 40 highest-earning hedge fund managers.

In January 2016, Icahn held a 4.66% stake in Gannett Co. Inc., and Cheniere Energy and Freeport-McMoRan, both of which decline in value. In October, Carl closed the Trump Taj Mahal Casino in Atlantic City citing a $350 million loss over several years as well as failure to reach a deal with striking union workers. Following the closure, nearly 3,000 workers lost their jobs.

How Rich Is Carl Icahn?

His organization pays for tuition, room, board, books, and supplies for 10 students every year for four years valued at about $400,000 per annum.

The multi-billionaire founded the Children’s Rescue Fund in order to support education. The foundation built Icahn House in The Bronx, a 65-unit complex for homeless families consisting of single pregnant women and single mothers.

They also operate Icahn House East and Icahn House West, both of them are homeless shelters located in New York City.

In 2010, Carl joined the Giving Pledge list pledging to give away more than half of his fortune, however, has not decided on the specific beneficiaries.

Who Is Carl Icahn Married to?

The 83-year-old billionaire is married to his longtime assistant and former broker Gail Golden. The couple tied the knot in 1999 amidst family and friends.

Previously, Carl was married to ballerina Liba Trejbal in 1979. They shared two children: Brett Icahn and Michelle Celia Icahn Nevin. The couple separated in 1993 after 14 years of marriage.

Their divorce was officially finalized in 1999. Trejbal fought for divorce settlement of roughly $1.5 million a year when Carl was already a billionaire at that time. She eventually settled for an undisclosed amount.